Bangladesh arrests IT expert, 3 others for alleged links to deadly cafe attack 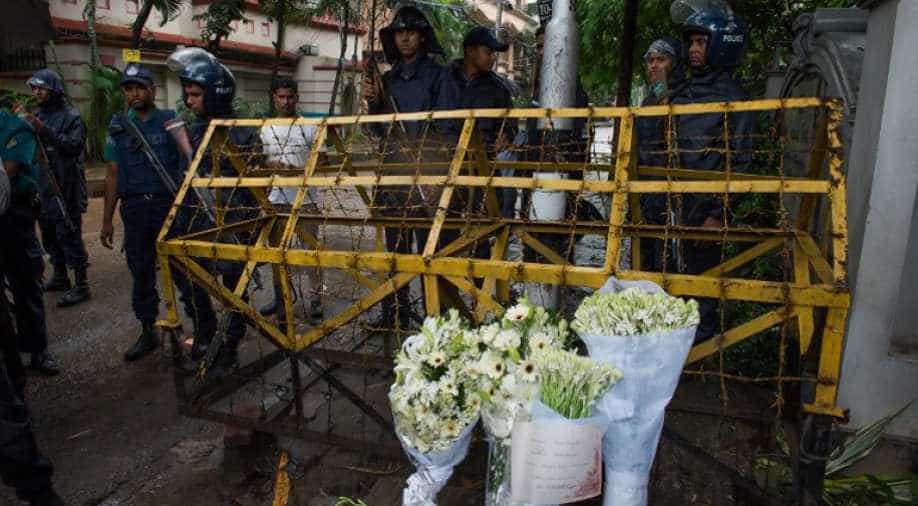 The computer engineer reportedly ran the social media operations for the militant group behind the attack. Photograph:( AFP )

Bangladeshi security forces Wednesday arrested a computer engineer said to run the social media operations for a group accused of mounting a deadly attack on a Dhaka cafe.

Ashfak-e-Azam and three other suspects were detained in a raid in the capital in which guns, explosives and ammunition were also seized, officials said.

"Azam is the information technology chief of the Sarwar-Tamim group," said Mufti Mahmud Khan, a spokesman for the elite Rapid Action Battalion which carried out the raid.

Sarwar-Tamim is a new faction of Jamayetul Mujahideen Bangladesh (JMB), the Islamist outfit blamed for a string of deadly attacks including a siege at an upscale Dhaka cafe last July in which 22 people -- mostly foreigners -- were killed.

Azam, 25, had been involved with the group since 2011, running its website and social media accounts, a senior official at the anti-terrorism battalion said.

Bangladesh, a Muslim-majority country of 160 million, has been reeling from a wave of attacks by extremists on foreigners, rights activists and religious minorities.

Many of these assaults have been claimed by the Islamic State group or the regional branch of al-Qaeda.

Since the cafe attack security forces have cracked down on extremist groups, killing around 50 suspected militants including the founders of the new JMB faction.