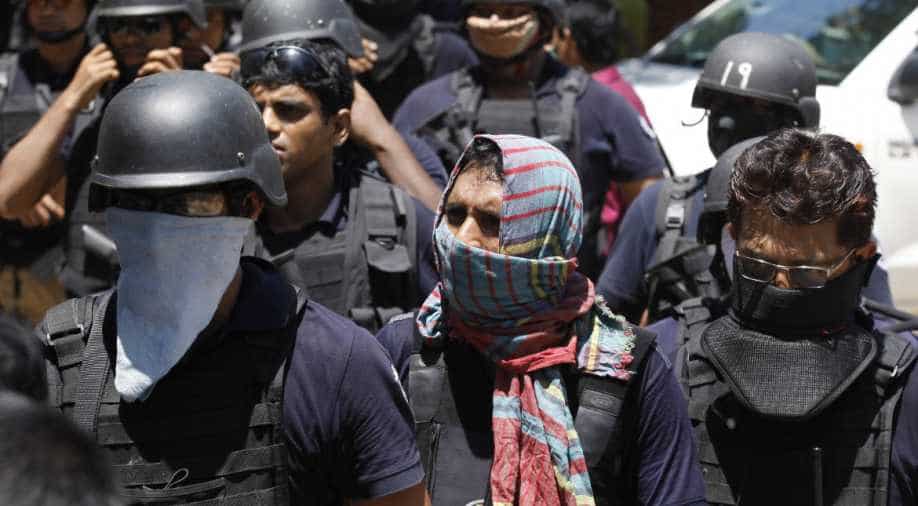 The arrest comes a week after police killed two Islamist extremists including another plotter of the cafe siege in a shootout in Dhaka.(In photo) Bangladesh police attend the scene of an operation. Photograph:( Getty )

Bangladesh police said on Saturday that they have arrested an Islamist extremist accused of being one of the "masterminds" of the Dhaka cafe siege that left 22 hostages dead in last July.

A police spokesperson told news agency AFP that Jahangir Alam, 32, was detained on Friday night by counter-terrorism forces in Elenga, 120 kilometres north of the Bangladeshi capital of Dhaka.

"He is one of the main masterminds of the Holey Artisan Bakery (cafe) attack," Yusuf Ali, an additional deputy commissioner of the Dhaka police force.

"He was a member of a new faction of Jamayetul Mujahideen Bangladesh (JMB) and was directly involved in the murder of at least 22 religious minorities including Hindu priests and a Christian and foreigners (at the cafe)," he said.

The Daily Star reported that Alam, who went by the alias Gandhi, has been placed in an eight-day remand by a Dhaka court’.

The arrest comes only a week after police killed another plotter of the cafe attack in a shootout in the country's capital city.

Sanwar Hossain, an additional deputy commissioner of the police's counter-terrorism and transnational crime unit, told AFP that Alam was a close associate of Tamim Chowdhury, a Bangladeshi-Canadian who was named as the primary plotter of the cafe siege. Chowdhury was killed during a raid outside the capital last August.

The Dhaka Tribune reported the counter-terrorism unit chief as saying that Alam started off as a cook in JMB and went on to become Chowdhury's trusted deputy.

"(Alam) was notorious. He led around two dozen attacks on religious minorities outside the capital," he told AFP.

Alam was with Chowdhury at a Dhaka hideout where they planned the cafe attack, Hossain added. Bangladeshi security forces have killed around 50 Islamist extremists, including most of the alleged leaders of Jamayetul Mujahideen Bangladesh.