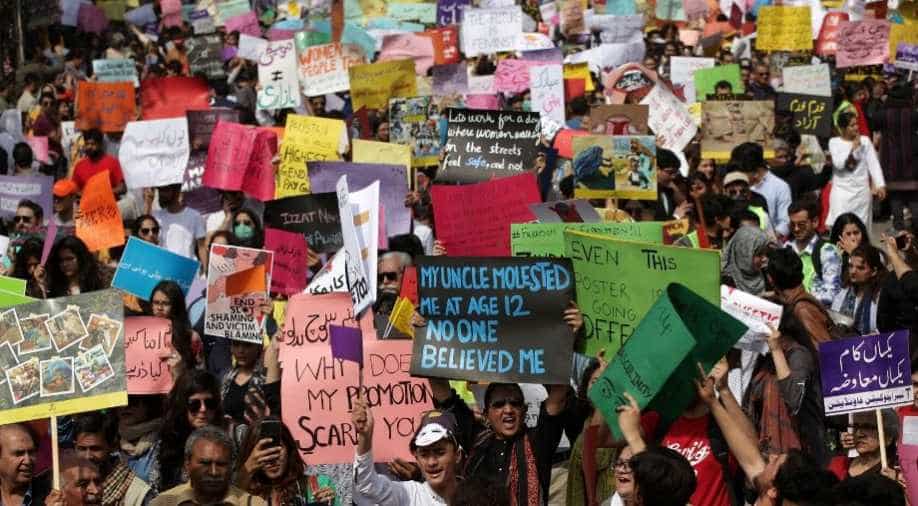 File photo: Women and men carry signs as they take part in an Aurat March, or Women's March in Lahore, Pakistan. Photograph:( Reuters )

The marches were being attended by women, children, men and even transgenders. According to our Pakistan bureau chief Anas Mallick, the attack took place in the presence of police.

The 'Lal Masjid' (Red mosque) is touted as one of the centres for Islamic extremist leanings in Islamabad. Its members were seen pelting bricks and stones at the participants of the women's march.

The marches were being attended by women, children, men and even transgenders. According to our Pakistan bureau chief Anas Mallick, the attack took place in the presence of police.

This is how the attacked us. Before this point they were sending “laanat” on us and then made signs of wanting to inflict sexual violence on us. They already had stones & lathis on them! pic.twitter.com/mfQAy4tGEK

To avoid clashes, authorities had erected a tent between the two marches. 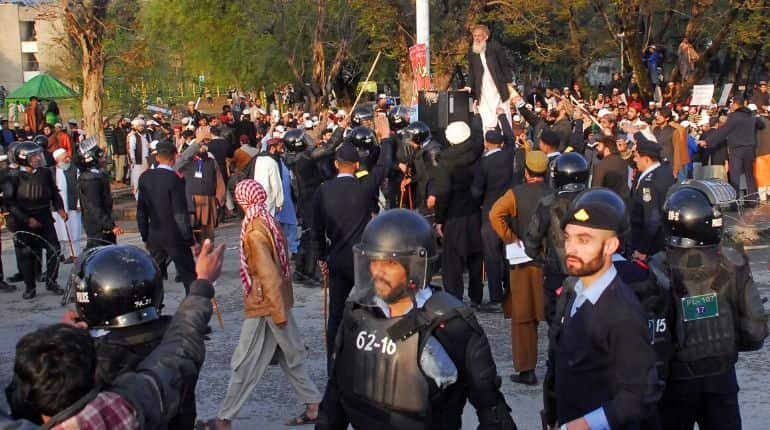 Police officers gather to stop the men from various religious groups who protest near the site of an Aurat March, Urdu for Women's March, in Islamabad, Pakistan March 8, 2020. (Reuters Photo)

However, after the Jamia Hafsa students ended their march, the male participants took down the tent and started throwing stones, injuring at least one member of the Aurat march. 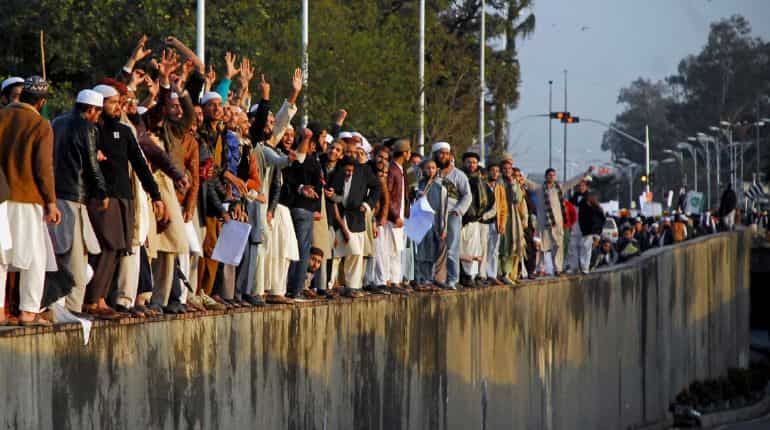 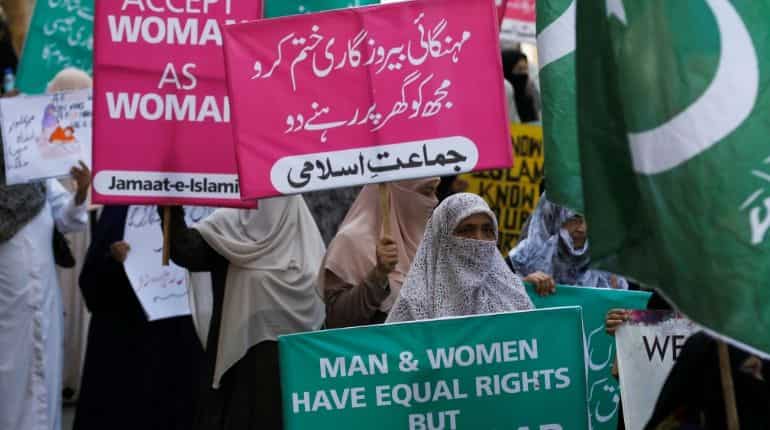 The situation was later controlled by the police. The administration is facing criticism for their failure to handle the situation.

Participants of the march think that the law enforcement agencies did not provide them with the security that they were supposed to.

''We are here to celebrate and we are asking the government to give us the right to speech, right to celebrate ourselves, support our existence and do something about all the issues that are particularly against women,'' said Sidrah,  participant, Aurat march.

The incident has been condemned by the organisers of Islamabad's 'Aurat' march.

The Lal masjid had earlier issued threats to the women's march and filed a complaint against the organisers accusing them of ‘promoting obscenity’.