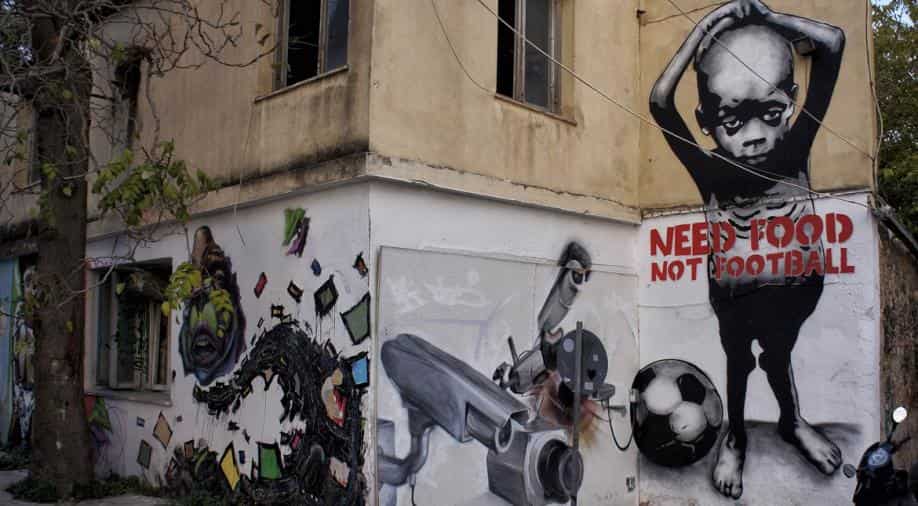 Works of contemporary art adorn the streets of Athens. Greece's economic collapse prompted a new wave of innovative graffiti, and made the city a Mecca for street artists. Photograph:( Getty )

Follow Us
New Delhi, May 28 (IANS) Criticising the central government over attacks on African nationals in India, CPI-M leader Sitaram Yechury on Saturday said that such attacks were a serious issue with international repercussions.


"Attacks on Africans in Delhi is a serious issue with international repercussions. The BJP government can`t wish them away," Yechury said in a tweet.

Yechury`s comments come after a 23-year-old Nigerian student was allegedly beaten by a local over a parking dispute in Hyderabad.

The incident comes days after a 23-year-old Congolese national was beaten to death in south Delhi`s Vasant Kunj area over a minor dispute.

The incidents of attacks has angered African envoys in Delhi who have protested to the Indian government, which has assured protection for the thousands of African students who study in India.

The attack on the Congolese national saw repercussions in Democratic Republic of Congo capital Kinshasa, where Indian shops were attacked a some Indians injured in apparent retaliation earlier this week.