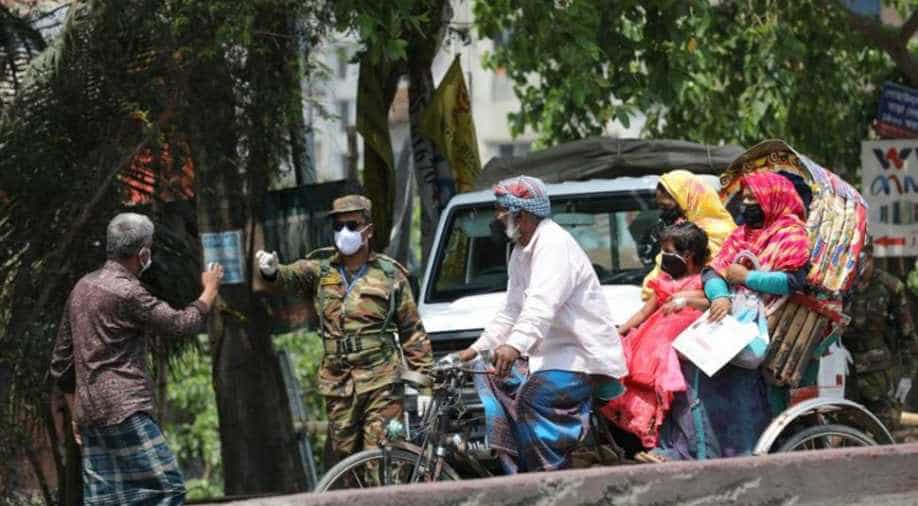 The country of 168 million has reported 47,151 infections and 650 deaths, although experts warn Bangladesh is not conducting enough testing and the actual toll is likely much higher

Bangladesh lifted its coronavirus lockdown Sunday, with millions heading back to work in densely populated cities and towns even as the country logged a record spike in deaths and new infections.

"The lockdown has been lifted and we are heading almost towards our regular life," health department spokeswoman Nasima Sultana said, calling on those returning to work to wear masks and observe social distancing.

Also read | COVID 19: Bangladesh will not extend lockdown after May 30

The lifting comes as Bangladesh -- which on Friday took an emergency pandemic loan from the International Monetary Fund -- reported its biggest daily jump in infections Sunday, with 2,545 new cases and a record 40 deaths.

In the crowded capital Dhaka, passengers piled into trains and traffic-clogged up the streets as workers returned to their jobs after months of restrictions that have battered the economy.

Some wore gloves and masks as they headed to their offices, while others stood the recommended two feet apart as long queues formed outside bank branches.

At a ferry station in Barisal, south of the capital, there was a crush of passengers as people rushed to board vessels.

"I tried to avoid crowds when I walked to my office. But social distancing is impossible in Dhaka's footpaths," banker Badrul Islam told AFP.

Restrictions to curb the virus imposed on March 26 have been gradually eased in recent weeks, with only educational institutions remaining closed.

The country of 168 million has reported 47,151 infections and 650 deaths, although experts warn Bangladesh is not conducting enough testing and the actual toll is likely much higher.

Some day labourers, who were badly hit by the lockdown, welcomed the decision.

"I hardly had three good meals in the past two months as I was jobless," 58-year-old labourer Tota Miah told AFP.

But one man queueing outside a bank in Dhaka, who asked to remain anonymous, slammed the move to open up as "too early" and "suicidal".