Afghanistan: At least 30 killed in twin suicide bombings in Kabul 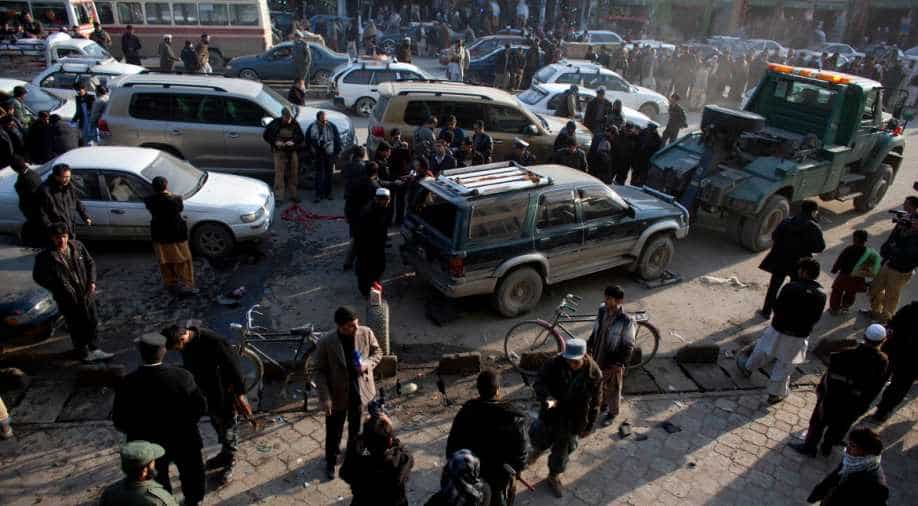 A suicide bomber blew himself up near parliament offices in the Afghan capital followed by a car bomb explosion. (Representative image) Photograph:( Getty )

At least 30 people were killed in twin suicide bombings in an apparently coordinated operation in Afghanistan's capital, officials said on Tuesday.

Saleem Rasouli, a senior public health official, said 33 people had been killed and more than 70 wounded on the Darul Aman road, near an annexe to the new Indian-financed parliament building. Most of the victims were parliamentary staff members.

A suicide bomber blew himself up near parliament offices in Kabul followed by a car bomb explosion.

The Afghan Taliban claimed responsibility for the attacks.

Reuters reported that the first explosion happened in the Darul Aman area of the city. The second blast was also reported in the same area.

The incidents occurred in a crowded area during the afternoon rush hour as workers were returning home, Reuters reported.

"The first explosion happened outside the parliament... a number of innocent workers were killed and wounded. It was caused by a suicide bomber on foot," Zabi, an injured parliament security guard, told AFP.

Seven people were killed and nine wounded in a suicide bombing attack on Tuesday in the southern province of Helmand.