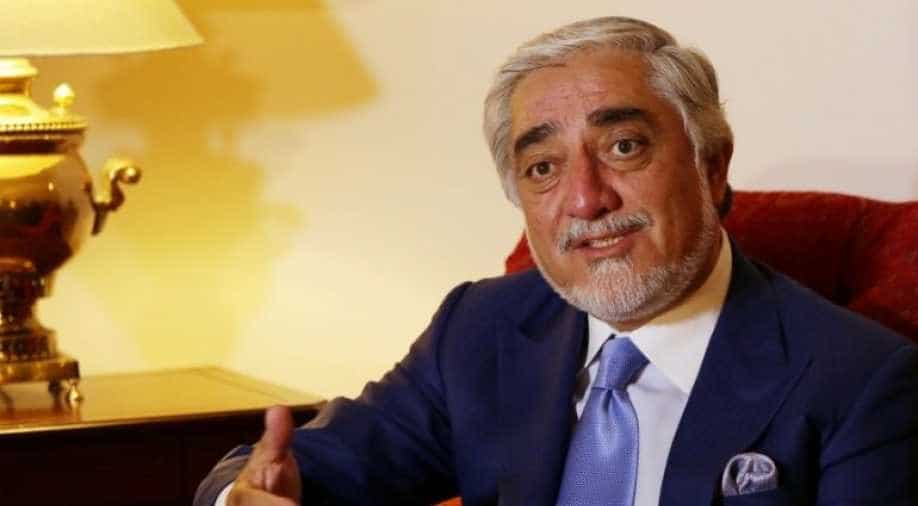 Afghanistan's top peace official, Abdullah Abdullah, said on Wednesday he did not expect the result of the upcoming US presidential election to dramatically change the Afghan peace process

Afghanistan's top peace official, Abdullah Abdullah, said on Wednesday he did not expect the result of the upcoming US presidential election to dramatically change the Afghan peace process or troop withdrawal plans.

President Donald Trump's administration this year brokered peace talks between the Afghan government and the insurgent Taliban to end 19 years of war, and the United States is pulling out its troops under a deal with the militant group signed in February.

The withdrawal is expected to be complete in May, subject to certain security guarantees.

Trump is currently lagging behind Democrat challenger Joe Biden in polls ahead of the November 3 election.

"Nobody can say with certainty what would be the impact of the outcome of the elections in the United States but based on my experiences and interactions, the policy will not change that much," said Abdullah, who is the senior official overseeing peace talks by the Afghan negotiating team in Doha.

"Neither Democrats nor Republicans would want to see all the gains or all the sacrifices they have made in Afghanistan in vain…(or) be hurt once again from Afghanistan or because of Afghanistan," he told Reuters in an interview at the end of a three-day visit to Pakistan.

Abdullah also said that an upcoming conference in Geneva in November, at which governments will pledge financial support to bolster the peace process, would also be "one of the things in our mind" as they try to build momentum at the negotiating table.

United States special envoy Zalmay Khalilzad on Tuesday flew to Doha to meet negotiators, who two diplomatic sources said have been deadlocked over setting a process for negotiations in part due to the Taliban insistence that the US-Taliban agreement be used as a basis.

During his visit to Islamabad, Abdullah had met with Prime Minister Imran Khan as well as the president and foreign minister.

Relations between Pakistan and Afghanistan have long been rocky. Afghanistan officials – including Abdullah - and its international allies have for years accused Pakistan of backing the Taliban insurgents as a way to limit the influence of old rival India in Afghanistan.

But Abdullah said that he believed there had a been a change in recent years in Pakistan's approach, adding that they still had influence over the Taliban leadership, though the degree was at times exaggerated.

"It was communicated to the Taliban that it was important for them, it's important to their relations with Pakistan that they sit around the negotiating table," he said, saying that had helped to break decades of the Taliban refusing to sit down for talks.

"Today that has changed," he said. "I do consider this as an important development."