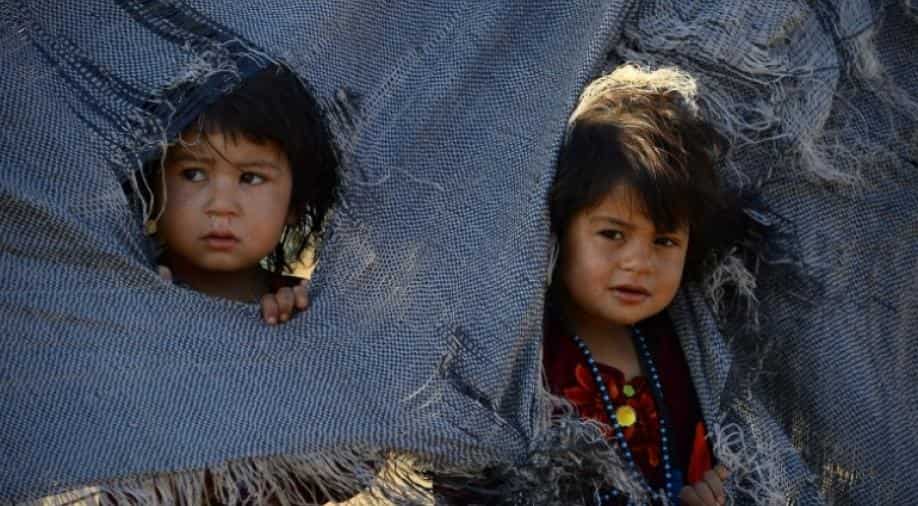 Air strikes killed or wounded 649 Afghans, more than any full-year period since the UN Assistance Mission in Afghanistan (UNAMA) began keeping records in 2009.

The number of Afghans killed or wounded by air strikes rose 39 per cent in the first nine months of 2018, the UN said Wednesday, as the overall number of civilian casualties remained at "extreme levels".

Air strikes killed or wounded 649 Afghans, more than any full-year period since the UN Assistance Mission in Afghanistan (UNAMA) began keeping records in 2009, as US and Afghan forces stepped up aerial bombardments.

That figure accounted for eight per cent of overall civilian casualties for the January to September period, which slipped to 8,050 -- 2,798 dead and 5,252 injured -- UNAMA said.

"Every civilian death leaves a family devastated, grieving and struggling to come to terms with the loss, and each civilian injured or maimed causes untold suffering," said Danielle Bell, UNAMA's human rights chief.

International forces accounted for 51 per cent of the civilian casualties caused by air strikes, the report said. Afghan forces made up 38 per cent.

The United States is the only foreign force known to carry out air strikes in Afghanistan.

US and Afghan forces have dramatically increased air offensives against Taliban and Islamic State insurgents in the past year as they try to get the upper hand in the 17-year war.

US forces employed 746 weapons in July, which was the highest monthly total since November 2010, the most recent US Air Forces Central Command data shows.

That is more than double the 350 munitions used in July 2017, a month before US President Donald Trump announced his new strategy for Afghanistan that gave American forces greater leeway to go after militants.

Improvised explosive devices, including suicide bombs, remained the leading cause of civilian casualties in the first nine months, rising 21 per cent to 3,634, the report said.

UNAMA warned earlier that the increasing number of "deliberate and indiscriminate attacks" against civilians constituted "serious violations of international humanitarian law" that could amount to war crimes and crimes against humanity.

The majority of civilian casualties were attributed to militants. The Taliban, Afghanistan's largest militant group, were responsible for 35 per cent and the Islamic State group 25 per cent, UNAMA said.

While the IS has fewer fighters than the Taliban, it has carried out most of the devastating suicide attacks in urban areas in recent months.

The eastern province of Nangarhar recorded 1,494 casualties, more than double the same period last year and the highest number for any province.

A record number of civilians were killed in the first half of 2018, underscoring the growing violence that has been a trend since NATO combat forces withdrew from the country in 2014.

The latest figures come as Afghans brace for more violence ahead of parliamentary elections scheduled for October 20.