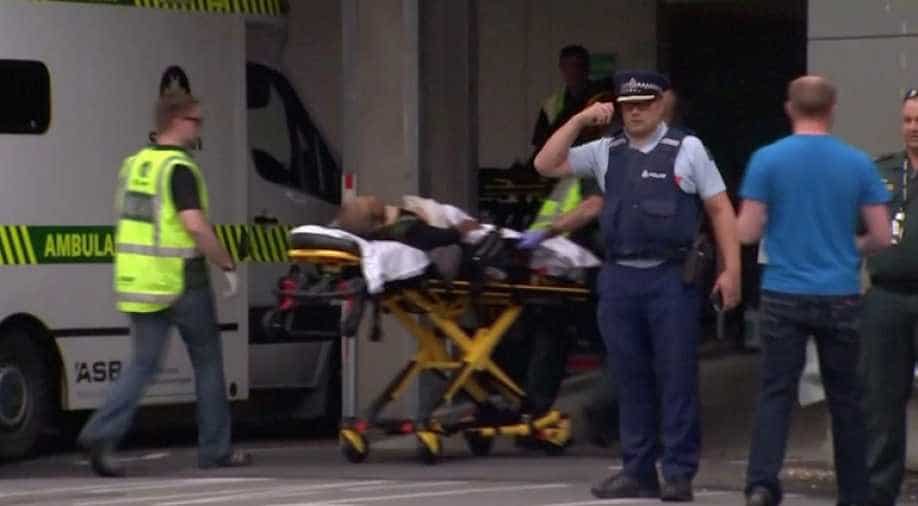 Emergency services personnel transport a stretcher carrying a person at a hospital, after reports that several shots had been fired, in central Christchurch, New Zealand. Photograph:( Reuters )

In a statement published on the minister's Facebook page, the dead have been identified as Dr Abdus Samad, a professor of Lincoln University in New Zealand, and Hosne Ara Parvin.

Speaking to reporters at an event at the Diplomatic Correspondents Association of Bangladesh here, Alam revised the death toll, saying one of the victims identified as 'Mrs Samad' was found alive.

In a statement published on the minister's Facebook page, the dead have been identified as Dr Abdus Samad, a professor of Lincoln University in New Zealand, and Hosne Ara Parvin.

Bangladesh Honorary Consul in Auckland Shafiqur Rahman Bhuiyan on Friday said that three Bangladeshi nationals had been killed in the attack.

They were identified as Dr Samad, his wife, and another woman, Hosne Ara Parvin.

At least 49 worshippers were killed and 20 others injured in attacks on the Al Noor Mosque in central Christchurch and the Linwood Mosque in the city's outer suburb on Friday.

The gunman at one mosque was an Australian-born citizen and has been described as an extremist, right-wing, violent terrorist.

'The death toll was based on initial reports from the expatriate community, but it had been revised down to two after one of the victims identified as 'Mrs. Samad' was found alive,' the state minister was quoted as saying by the bdnews24.Com.

Samad was born in Mymensingh and a faculty member of Bangladesh Agriculture University.

Parvin and her husband Farid Uddin had been living in Christchurch for several decades, the report said.

Alam said three Bangladesh nationals were missing since the attack. They have been identified as Mozammel Haque, Zakaria Bhuiyan and Shaon.

Five injured, identified as Lipi, Muntasim, Sheikh Hassan Rubel, Shahjada Akhtar, and Omar Farooq, have been hospitalized, where the condition of two is said to be critical, the minister said.