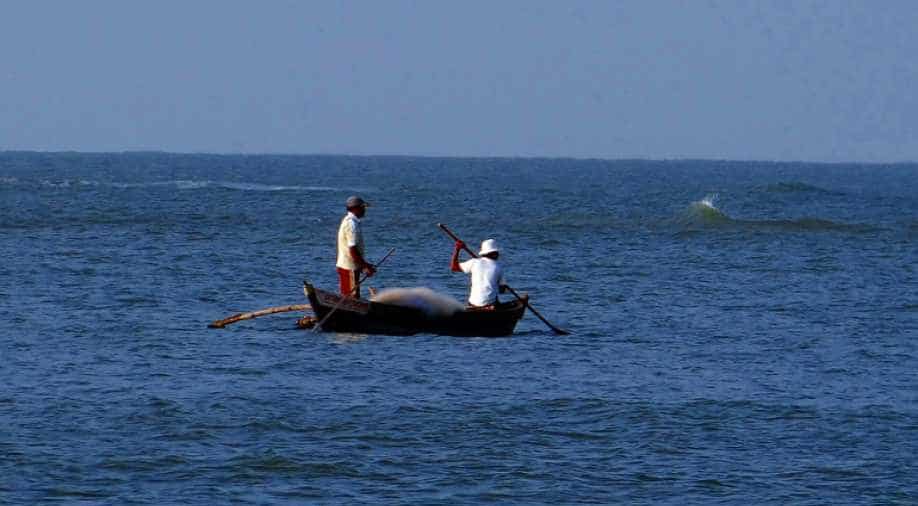 As many as 14 Indian fishermen were arrested by Sri Lankan Navy for allegedly poaching in the country's territorial waters on Saturday, the Navy said on Sunday.

The arrests were made during a patrol conducted in the seas north of the Delft Island, the Navy said in a statement, adding that three trawlers belonging to the fishermen were also seized.

The group of fishermen are expected to be handed over to the Assistant Director of Fisheries in Jaffna after a medical examination, for further action.

"During Naval patrol conducted to prevent the trespassing of Indian poachers and smuggling activities in the Sri Lankan territorial waters this apprehension was made in the seas north of the Delft island," the statement read.

The arrested Indians are in the ages between 20 and 70.