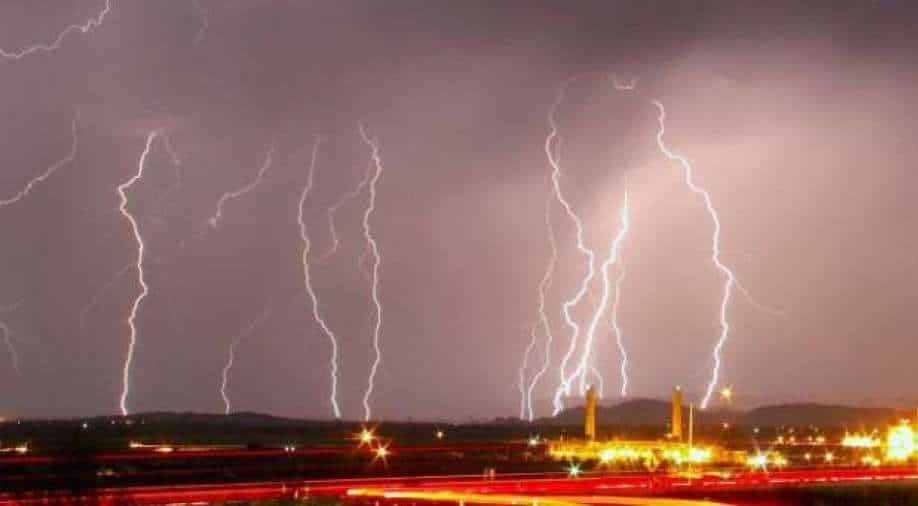 Security guard in Jakarta hit by a thunderstorm. Representative image Photograph:(PTI)
Follow Us

At least 10 people lost their lives in Okara, including eight from a single family in Tariqabad due to roof collapse of a house. Rescue officials said those among the injured included women and children.

Locals and rescue teams rushed to the site and shifted the bodies and the injured to a hospital.

In another incident, a person died after a wall fell on him when he was walking beside it in Hujra Shah Muqeem area of the Okara district, in Punjab province.

Heavy rains and strong winds have caused damages to houses in the residential areas.