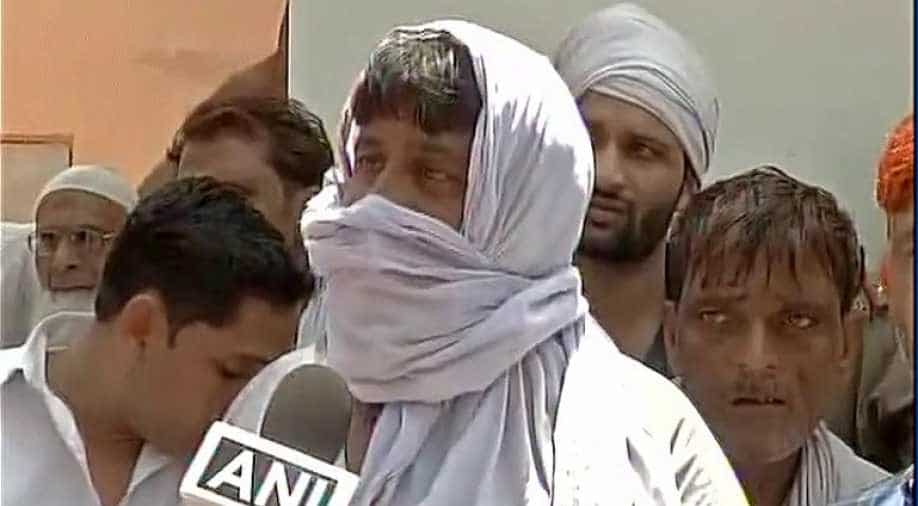 'We were four men & four women going from Jewar to Bulandshahr. Five people looted, tied & hit us, then they took women to another spot & raped them,' said one of the victims. Photograph:( ANI )

The criminals were armed with an iron rod, a knife, and a country-made pistol ||They raped the family's four female members, including a 50-year-old woman ||When a family member protested, he was shot dead

An Uttar Pradesh family was viciously attacked by a group of at least five people on the Jewar-Bulandshahr highway on the night of May 24, says news reports.

The attackers murdered the man when he objected to the band of five assaulting the women of his family. The family was robbed and four female members of the family were raped by the group of criminals. These women were then rushed to the Noida district hospital for examination.

We were 4 men&4 women going from Jewar to Bulandshahr, 5 people looted, tied&hit us,then they took women to another spot & raped them:Victim pic.twitter.com/jk8J4T9rD4

DNA reports that the police were accused of reacting to the incident only hours later.

They claim to have a copy of the complaint, giving an account of the incident: At about midnight, eight members of a family were travelling from Jewar, in Greater Noida, to Bulandshahr. The criminals allegedly punctured the wheels of the family's Maruti Eeco. This car was intercepted at 1:30 am by the criminals, armed with an iron rod, a knife, and a country-made pistol.

The criminals then raped the family's four female members, including a 50-year-old woman. When a family member protested, he was shot dead. The rest of the family was then robbed at gun point, and were also beaten and threatened.

On seeing a police van, the criminals shot a gun off in the air and fled the scene.

DNA quotes Senior Superintendent of Police Luv Kumar: “We are lodging an FIR and a manhunt has been launched to nab the culprits. The women have been sent for medical examination and the body of the person who died in the incident has been sent for post mortem examination,” he said.