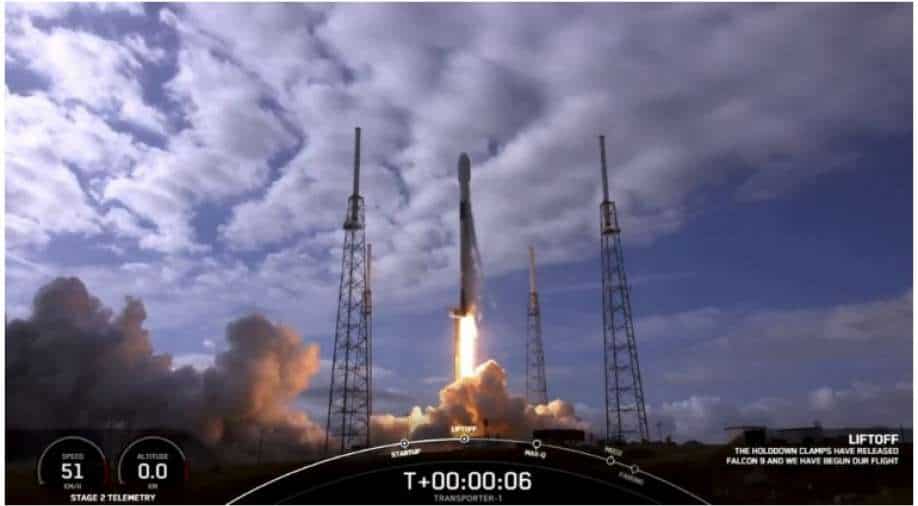 The launch included 143 satellites. SpaceX also launched 10 of its own Starlink satellites

Elon Musk's SpaceX on Sunday set a new record for most number of spacecrafts launched in a single launch in its latest Falcon-9 mission. The launch included 143 satellites. SpaceX also launched 10 of its own Starlink satellites. These will add up to more than 1000 already sent to orbit as a part of SpaceX's own broadband network. The launch took place from Cape Canaveral.

Customers of SpaceX that took its help to launch their satellites on Sunday include PlanetLabs. It sent 48 SuperDove Earth-imaging satellites. Another customer company Swarm sent up 36 satellites. Kepler sent up 8 of its own communication spacecrafts.

This launch sent Starlink satellites to a polar orbit for the first time. These satellites are important part of company's expansion of its broadband service. The mission also involved successful landing of Falcon-9 rocket's first stage booster.