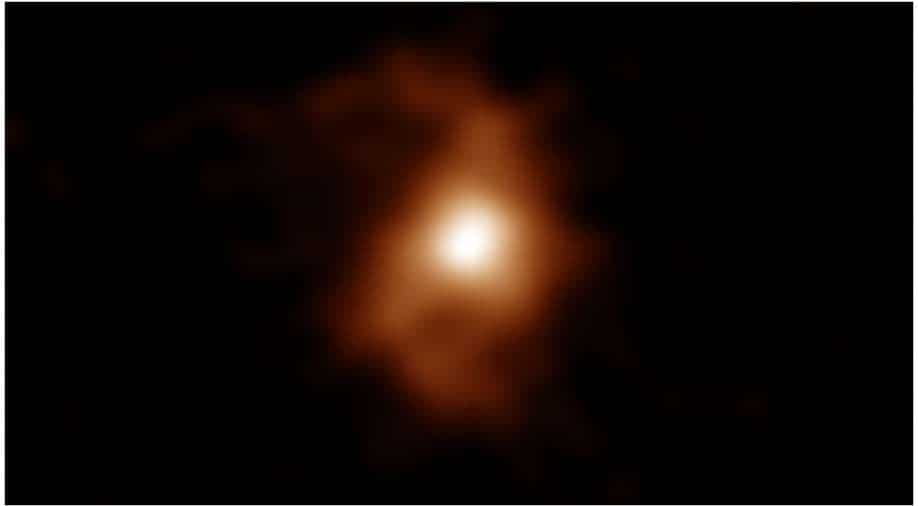 This galaxy was formed 12.4 billion years ago

Shape of galaxies has more significance than we think. At the very start of its formation, dark matter brings hot gas together. This forms stars and it further leads to formation of a mis-shapen galaxy. As the galaxy 'matures' and starts rotating about itself, it may give rise to a spiral galaxy. The spiral shape of a galaxy gives rise to more stars and some stars may even form planets that have life. Our Milky Way galaxy is one such spiral galaxy.

In other words, the spiral shape of our galaxy is directly connected with human experience.

The galaxy has been officially named BRI 1335-0417. It's image was clicked as a part of study that has now been published in journal Science. It was clicked by  Atacama Large Millimeter/submillimeter Array (ALMA) telescope in Chile.

The ALMA telescope also has the distinction of clicking the image of another galaxy that was formerly considered the oldest spiral galaxy in universe.

Though the newly clicked BRI 1335-0417 is the oldest spiral galaxy in the universe, it is not the oldest galaxy observed by us. That place is held by galaxy named GNz11. It was observed last December.