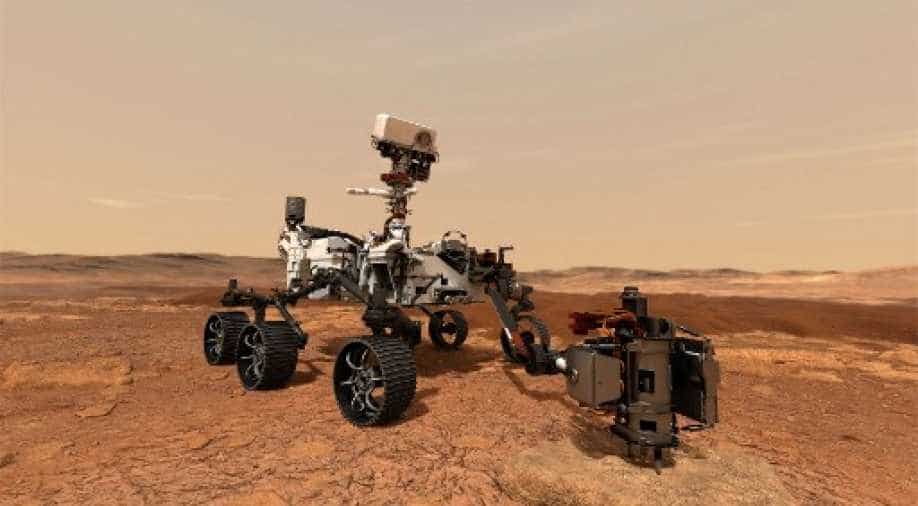 It has not been long since it landed in Mars, but NASA's rover Perseverance is making its presence felt in the Red Planet by sharing never-seen-before images.

And now it's selfie time for Perseverance as it shared its own photograph on Mars on Tuesday.

The US space agency said that the image was captured using a camera called WATSON (Wide Angle Topographic Sensor for Operations and Engineering), part of the SHERLOC (Scanning Habitable Environments with Raman and Luminescence for Organics and Chemicals) instrument.

Two bots, one selfie. Greetings from Jezero Crater, where I’ve taken my first selfie of the mission. I’m also watching the #MarsHelicopter Ingenuity as it gets ready for its first flight in a few days. Daring mighty things indeed.

Helicopter Ingenuity was also seen in the image which is a combination of 62 individual photographs clicked while the rover was alternatively looking at the helicopter and at the WATSON camera.

Meanwhile, the predecessor of Perseverance, nicknamed Percy, Curiosity doesn't want to stay behind and is sending selfies of its own.

Curiosity took a panoramic image of itself and the surrounding landscape on March 26, which also showed a rocky outcrop known as Mont Mercou.

From the image, it can be seen severe dust accumulated as the rover is on Mars for eight and a half years.

Curiosity and Perseverance are powered by the radioactive decay of plutonium, which can keep them running amid raging dust storms in the Red Planet.