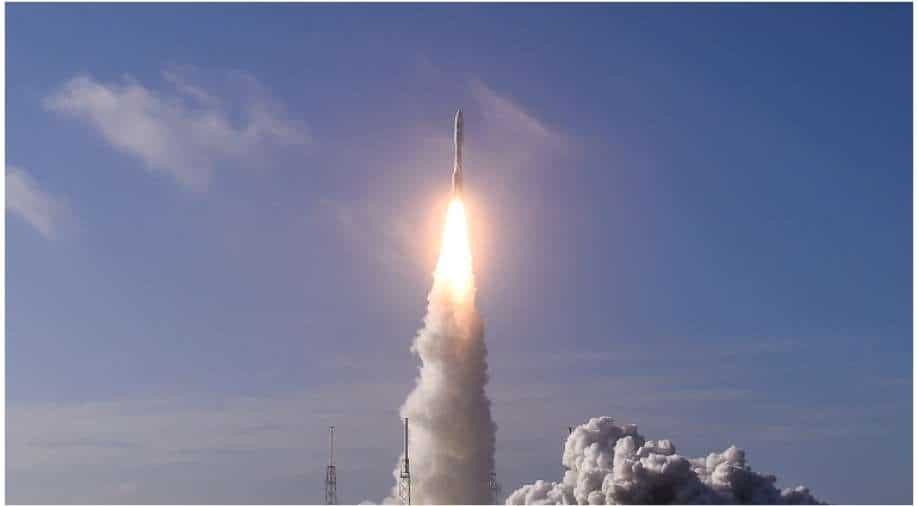 NASA on Tuesday at 4:38 p.m. EST launched a next-generation weather satellite. This is third in this series of satellites. NASA carried out the launch for National Oceanic and Atmospheric Administration (NOAA). It was launched by United Launch Alliance Atlas V rocket from Cape Canaveral Space Force Station in Florida

Mission managers of the newest Geostationary Operational Environmental Satellite, GOES-T, confirmed at 8:28 pm that the spacecraft’s solar arrays successfully deployed and the spacecraft was operating on its own power.

“We at NASA are proud to support our joint agency partner, NOAA, and their mission to provide critical data and imagery to forecasters and researchers tracking hazardous weather,” said NASA Deputy Administrator Pam Melroy. “While the GOES-R series satellites’ main job is to help with weather prediction, these satellites produce observations that also help with NASA science. Our agencies’ collaboration brings great benefits toward understanding our planet.”

The satellite will provide constant coverage of weather and hazardous environmental conditions in the Western Hemisphere. in addition to this, the GOES program will also predict space weather near Earth which can interfere with satellite electronics, GPS, and radio communications

"Once GOES-T is positioned in a geostationary orbit 22,300 miles above Earth, it will be renamed GOES-18. Following a successful orbital checkout of its instruments and systems,  GOES-18 will go into service over the U.S. West Coast and Pacific Ocean. This position puts it in a key spot where it can observe weather sweeping in from the west to the east over the U.S. – giving forecasters an upstream view of what is coming," said NASA in its press release.