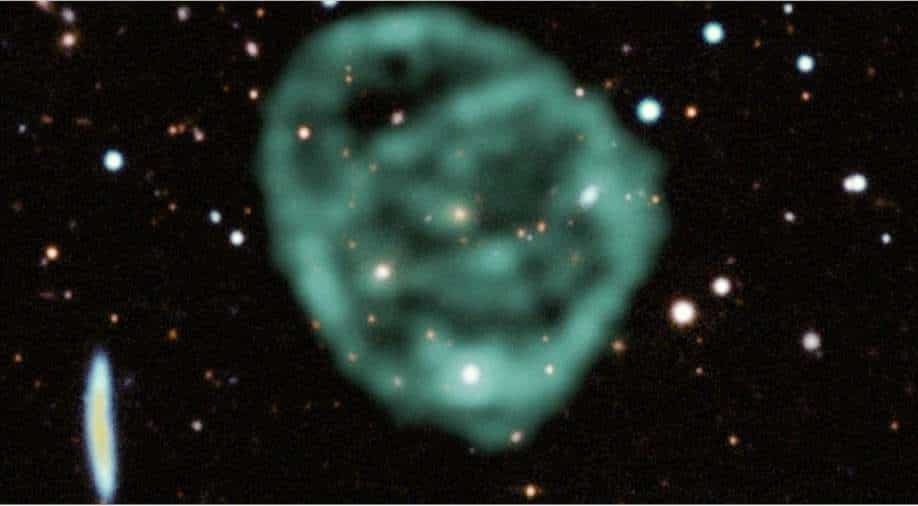 An image of an odd radio circle. Photograph:( Twitter )

According to reports, Chinese scientists have detected radio waves from a galaxy 3 billion light years away.

What are fast radio bursts(FRBs)?

Fast radio bursts are brief flashes of radio frequency lasting for a few milliseconds. The mysterious frequency was earlier detected in Guizhou, China in 2019.

Another FRB known as  FRB121102A was detected by the US Arecibo Radio Telescope in 2016.

The origin of the FRBs is still unclear with reports suggesting that it may be a sign of alien life. The Global Times report said only 5 per cent of the hundreds of FRBs are believed to be active.

Chinese experts said the FRB was a "newborn" while indicating the "evolutionary" pattern of FRBs. It is the first FRB detected by China's Aperture Spherical Radio Telescope (FAST).