Snap makes IPO debut: Everything you should know about it 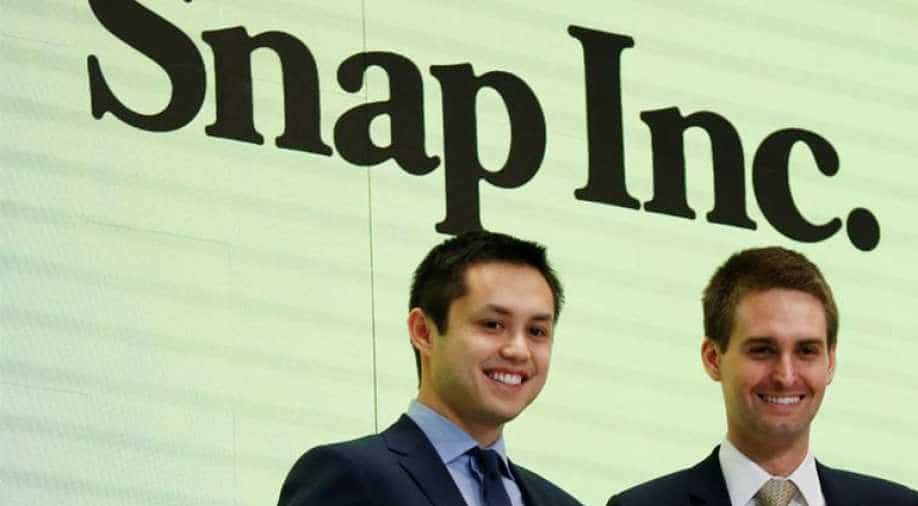 Snapchat owner Snap rode a wave of euphoria in its Wall Street debut as investors sent shares of the popular messaging app soaring.

Snap jumped 44 per cent to close at $24.48 in its inaugural trading day, after raising $3.4 billion in the richest US tech company listing since Facebook in 2012. That makes it the biggest US technology IPO since Alibaba Group Holding in 2014, despite the fact that Snap has never made a profit.

The California startup known for its disappearing photo messages priced its offering Wednesday at $17 to give it a market value of $24 billion. The strong debut lifted its value to $28 billion, or more than double that of social media rival Twitter, which went public in 2013.

Analysts have offered mixed views on the future of Snap, debating whether it can mimic the success of Facebook or end up in the tech junkyard.

Debra Williamson of the research firm eMarketer said Snapchat inspires the same kind excitement as Facebook in its early stages. "This is a company that is fundamentally changing communication," she said.

"This makes Snapchat as exciting a property as Facebook when it launched. And it has a lock on the youth market which is critically important for new technologies."

Snapchat has more than 158 million daily active users creating 2.5 billion "snaps" a day in 20 different languages. It expects $936 million in revenues in 2017, and has partnerships with major brands and publishers.

While most of its users are under 30, it has been gaining traction with older smartphone users as it expands its offerings of content from its media partners.

Some analysts are skeptical about Snap, however, pointing to the example of Twitter, which has seen only modest increases in its user base since its 2013 IPO, and now trades well below its offering price.

It remains unclear if Snap can expand beyond its core base of young users or how it will fare in many international markets in a competitive social media landscape.

Brian Wieser at Pivotal Research Group said Snap is massively overvalued, and set a target price of $10 for the shares - 40 per cent below the offering price.

"Snap is a promising early stage company with significant opportunity ahead of itself," Wieser said in a research note.
"Unfortunately, it is significantly overvalued given the likely scale of its long-term opportunity and the risks associated with executing against that opportunity."

Wieser said Snap has "an innovative, large-scale, and distinctively young-skewing platform which is establishing itself as a magnet for business unit talent and content partners alike" but its prospects are still unproven.

And it is not clear if Snapchat's founders have what it takes to grow into a major force, he cautioned.

"Investors will also be exposed to what appears to be a sub-optimal corporate structure operated by a senior management team lacking experience transforming a successful new product into a successful company."

One issue raised by analysts is that the IPO will give new investors non-voting stock, allowing co-founders Evan Spiegel and Bobby Murphy unusual control over the company.

Anil Dash, a tech industry entrepreneur who blogs about the industry, said the share structure is worrisome. "It is absolutely not fine that $SNAP has floated non-voting shares. That will end in pure folly," Dash tweeted.

Snap also has departed from tech sector tradition by operating without a campus, with its employees scattered in various locations around its Southern California base.

Global Research Equities analyst Trip Chowdhry warned that Snap's valuation was far too optimistic.
"Snap is a great company at the valuation of $500 million," Chowdhry said. "It is a total disaster at anything beyond that."

But, "in 1.5 years, you will get a better entry point - let all the hot air go out, let the private investors cash out, let's see how the industry evolves."