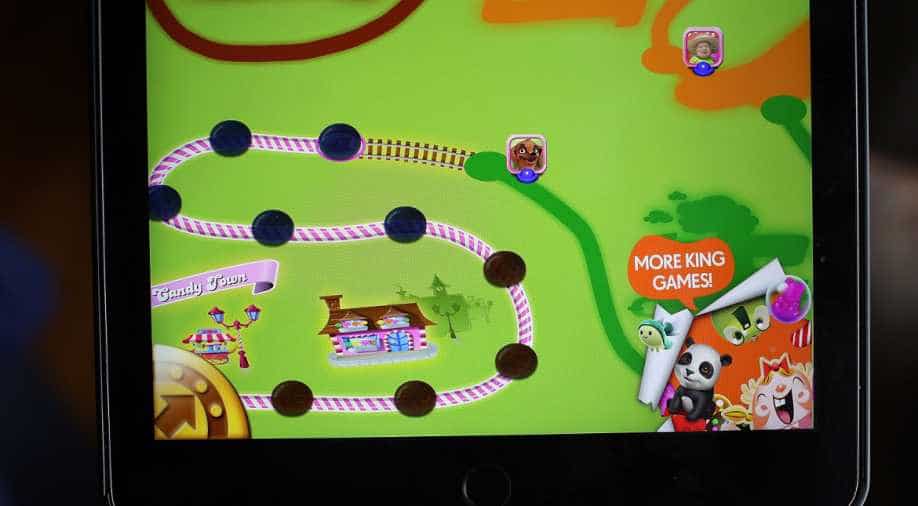 The games on release are not all new, but sometimes re-coded or rebooted popular games of the past. Photograph:( Getty )

Follow Us
While for many the big news at E3 was all about consoles, there was major news but on a smaller scale.

So although the games on mobiles may be simpler in technology and graphics, their place in the gaming industry is solid.

"I think it's just that everyone has a phone at the ready," explained Eric Brummel, of independent developer Loot Interactive. "They have it in their pocket and so it's just a real convenient way to game and people love to game and it's right there and it's super easy to pull out your phone and kill some time."

Tencent Holdings Ltd, one of the China's leading social network and online entertainment company, is nearing a $6.6 billion deal to buy a majority stake in Finland's Supercell Oy, a person familiar with the matter said, in what would be the biggest-ever purchase of a mobile games maker.

Tong Xu, CEO of Locojoy Ltd, a renowned mobile game developer, displayed Locojoy's latest game 'Dragon Raja' at E3. That game has only been released in South Korea where it grossed $2 million dollars in the first month of its release.

"The mobile gaming industry will never die, it will just keep growing and growing everywhere and will become part of your life," Xu said.

According to private equity investment firm Digi-Capital, the mobile games industry was worth $29 billion in 2015 and is expected to grow to $45 billion by 2018.

The games on release are not all new, but sometimes recoded or rebooted popular games of the past.

Brummel, who was at E3 showing a reboot of the 1982 classic arcade game Q*bert explained "You know how fashion is very cyclical, a lot of video games are like that as well. People, once they get to the point of playing a lot of modern games, they kind of have a yearning to sort of go back and play some of the games they played during their childhood and sort of go back to the more simple clean game mechanics that games like Q*bert will provide."

'Dragon Raja' was just one of the mobile games on show with graphics that rivalled those on the larger consoles. According to Xu, the power of the mobile shouldn't be underestimated.

"The capacity of the mobile is just becoming bigger and bigger and a lot of things can be streamed so that's why that although the device is small the experience doesn't have to be small so that's why our team in Korea are bringing PC games to your mobile so that you can enjoy it everywhere you go," she said.

She added "The market in some of the developed countries has pretty much stabilised because everyone has got enough smartphones but in some developing countries like India, we talk to them and they have 300 million smartphones and they are still developing rapidly so this industry keeps growing."

"'Fallout Shelter' was on nobody's radar but literally a year ago today nobody knew it even existed and we announced it and launched it that night and a year later 50 million people have played it so you can approach it any number of ways but there's no one platform that's going to dominate like 'Oh everything's going to this'. I think they all have a place and role in making the industry grow and making it that much more viable," said Pete Hines, Bethesda's Vice President of PR and Marketing.

Many mobile games are free to download but make their revenue by selling extra functions or options within the games. According to recent research of US based mobile gamers by Newzoo, there is an almost even split between male and female consumers although men are significantly more likely to spend more on the games.