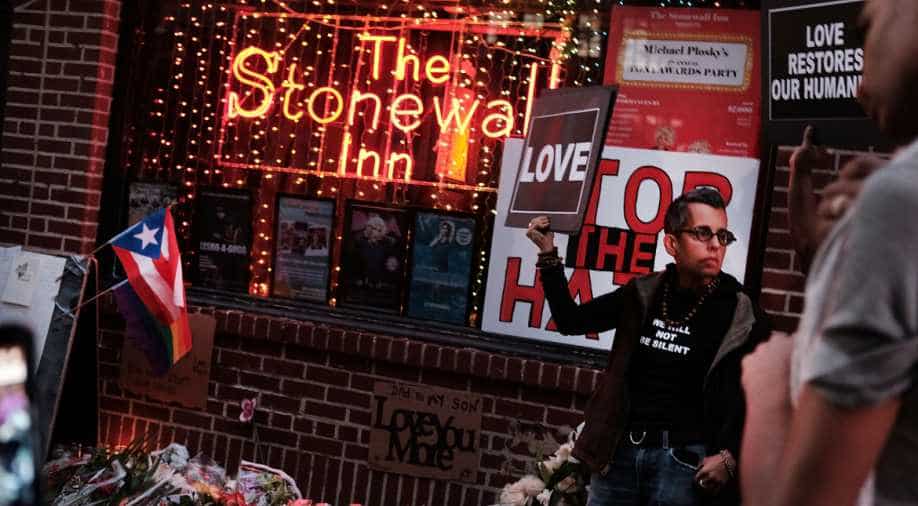 Mourners gather outside of the iconic New York City gay and lesbian bar The Stonewall Inn to light candles,lay flowers and grieve for those killed in Orlando last evening on June 12, 2016 in New York City. Photograph:( Getty )

Microsoft Corp unveiled 'Project Scorpio', a new Xbox console that will support ultra-high resolution gaming and virtual reality, while also launching a slimmer version of its Xbox One console- Xbox One S console.

Project Scorpio, which will have the ability to power virtual reality experiences and 4K gaming, is expected to be available during the holiday season in 2017.

The console will be compatible with Xbox One games and accessories. Details on its pricing were not disclosed.

The new Xbox One S console, an updated version of the Xbox One launched in 2013, will bring new features such as streaming support for 4K videos, which provides four-times the resolution of high-definition content.

The Xbox One S will be available in August and its base model will be priced at $299.

Microsoft also announced a number of new games at the conference, including Gears of War 4 and Forza Horizon 3.

The company also introduced Xbox Play Anywhere, that allows gamers to buy a game once and play it on both their Windows 10 PC and Xbox One console.

Microsoft launched a partnership with Oculus Rift last year, which made some Xbox One games playable on Oculus' virtual reality platform.

Sony Corporation also said at the conference it would launch its virtual reality headset for PlayStation in the United States by mid-October.

Sony said it would add new titles to its PlayStation console, including Marvel's Spider-Man, God of War and Call of Duty: Infinite Warfare.