Heavy rain with strong wind, to lash southeast US as storm moves into Atlantic 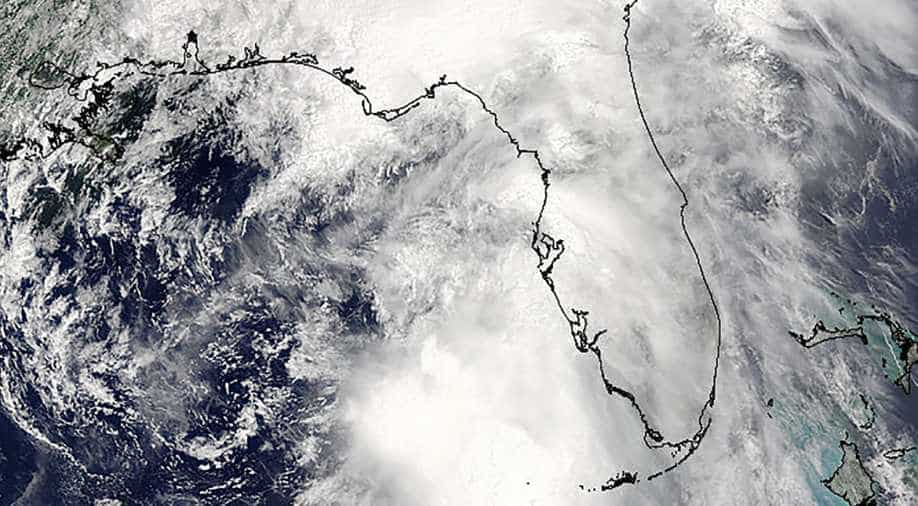 Tropical Storm Colin is seen over the Gulf of Mexico Photograph:( Reuters )

Strong winds and heavy rainfall are expected across the southeastern US on Tuesday even as the centre of Tropical Storm Colin is moving into the Atlantic Ocean.

The storm was 90 miles (145 km) southwest of Charleston, South Carolina, at 4 am eastern time (0800 GMT) and moving at 31 mph, the US National Hurricane Center in Miami said.

A tropical storm warning is in effect from the Altamaha Sound Georgia to Oregon Inlet in North Carolina on Tuesday morning. On its forecast path, Colin is to barrel along the coast of the southeastern United States before moving out to sea during the day.

As 50 mph winds are expected in the region, a tornado was reported in Lee County Florida, the National Weather Service said. The storm is forecast to dump as much as 1 to 3 inches of rain as flash flood warnings and watches are in effect across the region, the hurricane centre said.

Florida Governor Rick Scott, who declared a state of emergency on Monday in 34 of the state's 67 counties, said more than 6,000 Florida National Guard members were activated and ready for deployment.

Flooding and property damage resulting from the fierce winds remain threats into the day, and far beyond the storm's immediate path, forecasters have warned.

A statement from Scott's office warned residents to be wary of rip currents and the possibility of 10 foot (3 m) waves along the Gulf Coast.

"It is critical that all Floridians use caution and remain alert," he said in the statement.

In the St Petersburg beach town of Gulfport and in Charleston, South Carolina, roads were flooded, local authorities said on social media.

About 10,000 customers were without power in Florida, Georgia, South Carolina and North Carolina, utilities reported.

Colin is part of a brisk start to the Atlantic hurricane season that runs through November 30. Over the US Memorial Day holiday weekend, the Carolinas were lashed by heavy rain and winds from Tropical Storm Bonnie.