Google Assistant coming to iPhones; will take on Siri 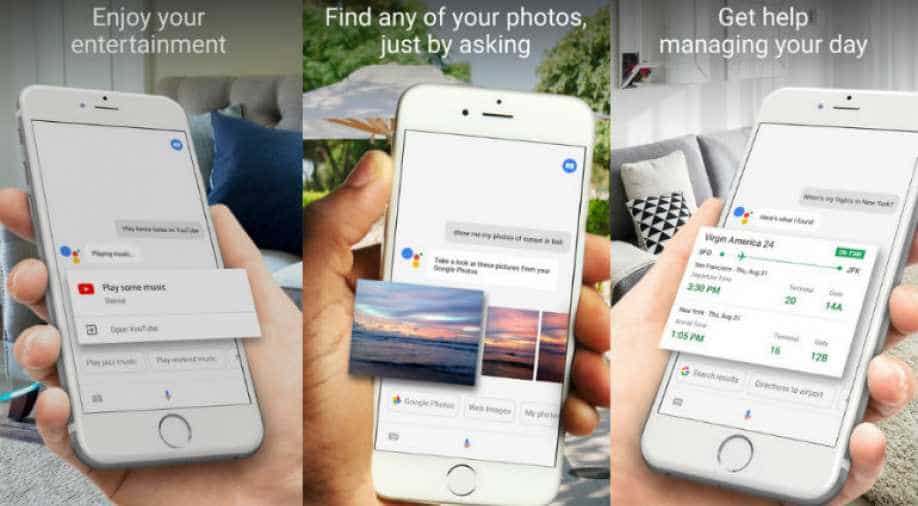 Google brings its digital assistant to Apple iPhones. ||It is part of Google's effort to win the battle with tech rivals Amazon's Alexa, Microsoft's Cortana and Apple's Siri on artificial intelligence.

Google announced on Wednesday it was bringing its digital assistant to Apple iPhones as part of its effort to win the battle with tech rivals on artificial intelligence.

At its annual developers conference at an outdoor concert-venue near its main campus in Mountain View, California, Google unveiled its vision for computing centered around artificial intelligence.

"We are now witnessing a new shift in computing: the move from a mobile-first to an AI-first world," Google chief executive Sundar Pichai said during an opening presentation.

"It is forcing us to reimagine our products for a world that allows a more natural, seamless way of interacting with technology."

Those interactions, for Google, include using artificial intelligence to let people engage computers conversationally, have software anticipate needs, and let smartphone cameras "recognize" what they see.

"In an AI-first world, we are rethinking all of our products and applying machine learning to solve problems," Pichai said.

Google Assistant, the center of its AI efforts, is in a fierce battle with rivals such as Amazon's Alexa, Microsoft Cortana and Apple's Siri to be the top choice for use in smartphones as well as connected homes, cars and a range of other devices.

"Siri's got company, and all these other guys are pretty serious about it," said Gartner analyst Brian Blau.

Artificial intelligence is being woven into Google's free Gmail service, used by more than a billion people, for features such as suggesting responses to messages. For example, opening an email containing an invitation to dinner might trigger a prompt to reply "I'm in."