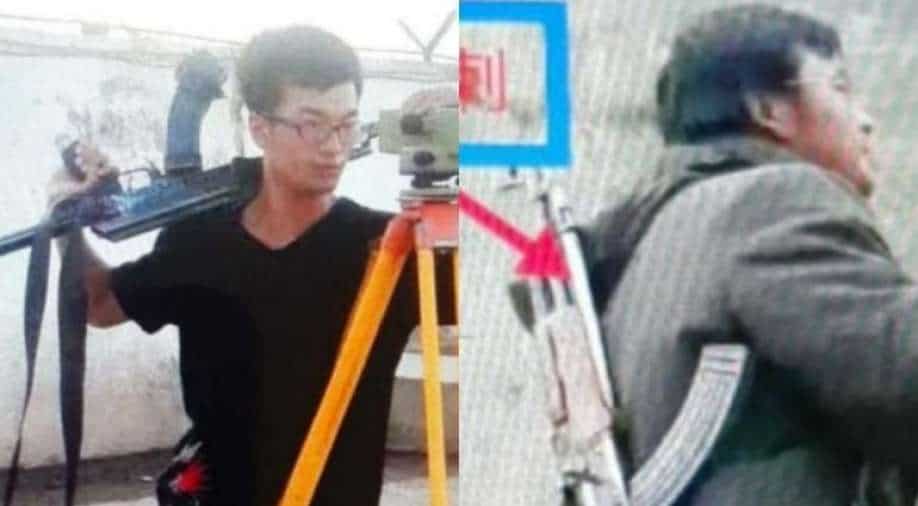 Chinese engineers with AK-47 guns on their shoulders. Photograph:( WION )

Chinese workers in Pakistan are involved in the mega project CPEC, that connects China's western region with Gwadar port in restive Balochistan province.

In the backdrop of the attack of Chinese engineers in Pakistan, images have surfaced on social media showing Chinese workers at the China Pakistan Economic Corridor, or CPEC, armed with AK-47 guns to protect themselves.

July 14 saw an attack on a bus that was carrying Chinese engineers to the Dasu dam project in Pakistan's northern province of Khyber Pakhtunkhwa.

Nine Chinese engineers died in the attack, the first on Chinese nationals in the country, with Beijing quick to send its team to investigate it.

Chinese workers in Pakistan are involved in CPEC, the mega project that connects China's western region with Gwadar port in the restive Balochistan province.

The aim is to give Chinese products a wider market in West Asia via the project, but questions have been raised about the viability and financial impact of the project.

With billions of dollars pumped into the project, the focus is also on the security of Chinese nationals working on it. It is understood that Beijing has been providing financial assistance to Islamabad so that security cover is given, but the Dasu attack points to a failure.

Meanwhile, this has also been a cause of friction between the Pakistani security officers and the Chinese workers. In the past, fistfights had broken out, with Chinese workers using Pakistani Army vehicles to visit and frequent red-light areas.

The pictures of AK-47s also raise the question of how the Chinese nationals got it. The development is significant in light of China and the Taliban being in touch with each other and the region being infested with international terror groups.

The tabloid Global Times, seen as the spokesperson of the Chinese Communist Party, recently said in a write-up, "making an enemy of the Taliban is not in the interest of China".

This was reciprocated by the Taliban, which called China a friend and its spokesperson, Suhail Shaheen, in an interview with the South China Morning Post, assured them that they would not host Uyghur militants.

The Uyghurs are Muslims living in China's Xinjiang region that borders Afghanistan and has ethnic linkages with Central Asia.

The region has reported a lot of human rights violations by Chinese authorities, leading to large-scale protests and insurgency.