Why every sport in India needs a Ramakant Achrekar 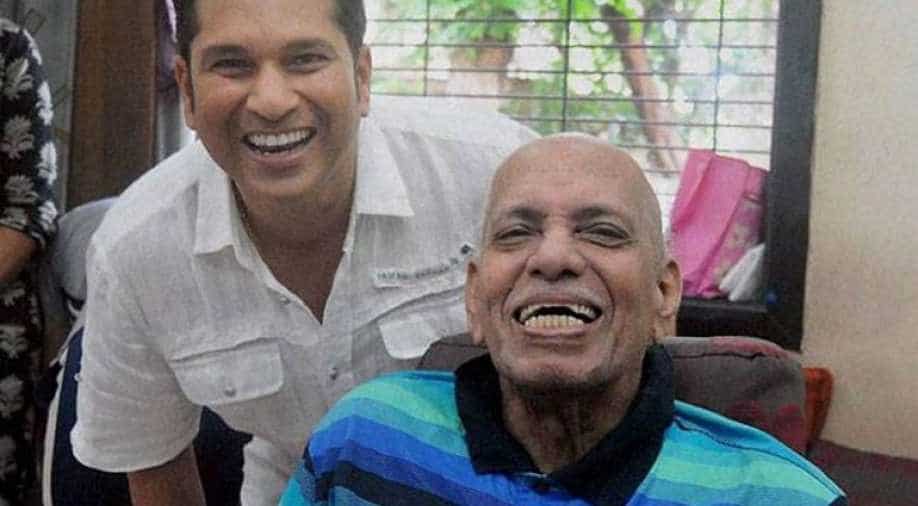 Every player needs a coach but when a player with world-class talent like Tendulkar gets an Achrekar, the result is a blockbuster.

For every Sachin Tendulkar, there is an Achrekar coaxing him to greater glory as every sportsman will testify. Team India in the past 15 years have had some good coaches who have helped India attain the No-1 status.

Every player needs a coach but when a player with world-class talent like Tendulkar gets an Achrekar, the result is a blockbuster. A good coach is like a finishing school for a young, inexperienced sportsman.

The impact of a "world class" coach can be seen in the fortunes of the Indian cricket from the turn of the century. After the 90s saw a string of Indian coaches from Ajit Wadekar, Bishen Singh Bedi, Madan Lal and former all-rounder Kapil Dev, the BCCI gave a chance to former Kiwi batsman John Wright to coach Saurav Ganguly's fledgeling Team India.

And what a result John achieved with Sourav in toe - victory against Australia in the historic 2001 series, 2002 Natwest Cup win against England at Lord's, runners-up in the 2003 World Cup in South Africa and Test and ODI series win in Pakistan, a first for any Indian team.

Wright was followed by the dogged coach former South African opener Gary Kirsten who helped Dhoni clinch the World Cup in 2011 at the Wankhede as India recognised the value of a coach even with big stars in its line-up.

The contribution of Pullela Gopichand and Prakash Padukone in the revival of Indian badminton has been similar. India had begun to slip in world badminton with the Chinese and Malaysian holding sway but the former India players brought the country back on the badminton map. Now, with Saina, Sindhu, Srikanth Kidambi regularly winning titles abroad, Indian badminton is in safe hands.

India's lack of world-class coach in other sports, especially in Olympics has been the major reason why the Indian flag has not reached the medal's podium. Hockey throughout the 80s suffered because the coaches and federation failed to address the changes in the game as a result the team suffered and before long Europe held sway on an Indian sport.

India recognises the contribution of a coach with the Dronacharya award, each sports federation should, in fact, look to equally nurture a great coach as it tries to bring up a sportsman because the coach is the engine behind the machine.

The country can perhaps take the example of Nick Bollettieri who founded a world-class tennis academy which was widely responsible for coaching the erratic Andre Aggasi as he grew to become a world champion.

A coach has an equal share in a medal tally or a World Cup victory as does a player, the difference is a coach always stays in the background and the ward does the talking...er winning.