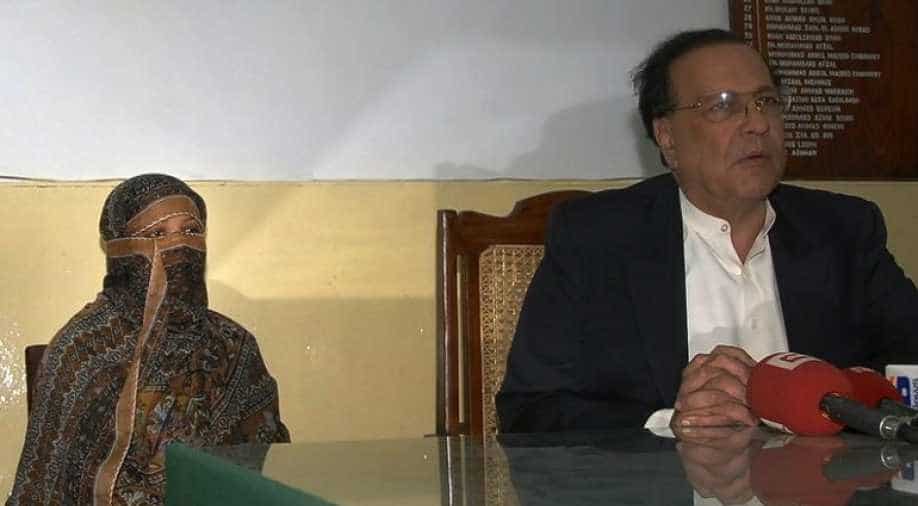 File photo of Asia Bibi (left) and the late politician Salman Taseer. Taseer was shot by one of his bodyguards after he spoke out in support of Bibi. Photograph:(Reuters)
Follow Us

The army, the courts and the government in Pakistan are making a virtue out of necessity.

Pakistan is unravelling. Protests have erupted like a rash. Hardliners are baying for blood. Their target is a Christian woman. Asia Bibi spent nine years in jail, on death row over a cup of water. She was charged under the draconian blasphemy law. The Supreme Court has commuted the death sentence. But the darbar-e-awaam won't let her live. They want her hanged.

And they're gunning for everyone in the way.

The Tehreek e Labaik is openly asking soldiers to revolt, calling into question the suitability of an Ahmadi like Gen Bajwa to head the Pakistani armed forces. They've threatened the Supreme Court judges, forcing them to justify their order. They're mighty upset with Prime Minister Imran Khan who warned them against protesting and promptly flew to Beijing.

None of this is very surprising, given that it's happening in Pakistan. What's surprising is the certificate of merit being handed out to those in the line of fire. The judiciary has been commended as "bold". The Prime Minister is being congratulated for "displaying political courage." It's the same judiciary that has been dragging its feet on every terror case including 26/11. This is the same Imran Khan who orchestrated crippling protests against Nawaz Sharif. The same man who repeatedly and publicly endorsed the blasphemy law to pander to a section of the electorate. Today he's become the shining beacon of political uprightness. As for the army, the chickens have come home to roost. The fundamentalists they gave teeth to, are now biting them.

The public challenge being issued by the protestors is limiting the maneuverability of those being challenged. They have no choice but to respond with tough words. Tough action may follow, if they have any spine left. But these won't be guided by goodness. The army, the courts and the government in Pakistan are making a virtue out of necessity.

Asia Bibi doesn't deserve this persecution. Just as those being projected as her "protectors" don't deserve any praise. By doing away with her death sentence, they're buying a new lease of life for themselves.