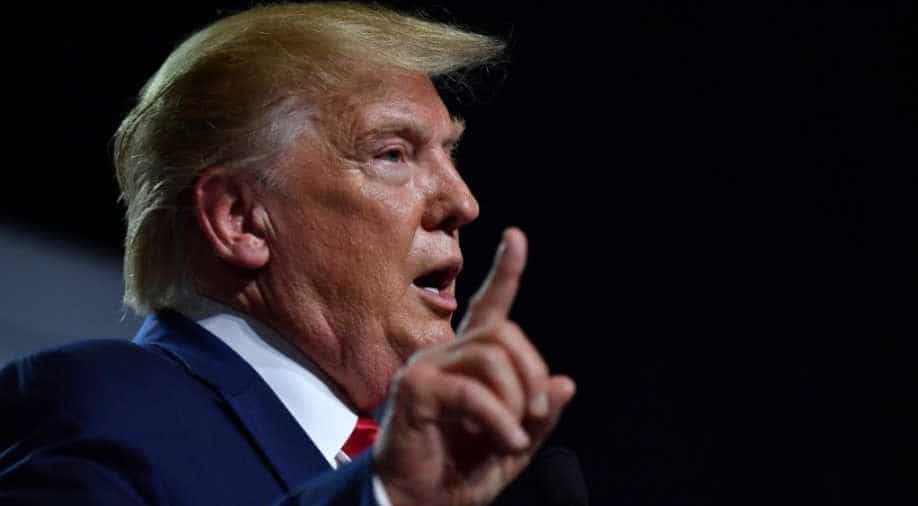 A controversial former security official and Abu Dhabi-based political operator, Mohammed Dahlan, has lurked for several years in the shadows of Palestinian politics. Now, he could emerge as a monkey wrench in an attempt to pave the way for US President Donald J Trump’s much-maligned ‘deal of the century’ to resolve the Israeli-Palestinian conflict.

President Mahmoud Abbas, the head of the Palestine Authority, and Hamas, the Islamist group that controls the Gaza Strip, have condemned the proposed, yet to be published deal and boycotted a conference in Bahrain in June organised by Jared Kushner, Trump’s negotiator and son-in-law, that focussed on economic aspects of the proposal.

The Palestinian boycott followed Abbas’ earlier rejection of the United States as a mediator in the Israeli-Palestinian conflict after the Trump administration recognised Jerusalem as Israel’s capital, cut off funding and closed down the Palestinian representation in Washington. Trump has since recognised the occupied Syrian Golan Heights as part of Israel.

Kushner unveiled at the conference, attended by government officials and businessmen from the Gulf, the United States, Europe and Asia, a $50 billion investment plan, $28 billion of which would be earmarked for the creation of Palestinian jobs and reduction of poverty.

The Trump administration has said it would release political details of the peace plan only after the September 17 Israeli election so that it does not become an issue in what appears to be a tight electoral race between prime minister Benyamin Netanyahu's right-wing Likud and former military chief Benny Gantz’s Blue and White.

Saudi and United Arab Emirates crown princes, Mohammed bin Salman and Mohammed bin Zayed, have quietly sought to support the US peace effort that in Kushner’s words will deviate from the 2002 Arab peace plan by not calling for a two-state solution to the Israeli-Palestinian conflict.

Dahlan, who is believed to be close to the UAE’s Prince Mohammed as well as former Israeli defence minister Avigdor Lieberman, has played an important role in that effort, particularly with regard to UAE efforts to clip Hamas’ wings.

Dahlan went into exile in the UAE in 2007 after Hamas defeated his US-backed efforts to thwart the group’s control in Gaza. US President George W Bush described Dahlan at the time as “our boy.”

Dahlan has since been indicted by Abbas’ Palestine Authority on corruption charges.

In his latest move, Dahlan is reported to be considering the establishment of a long muted political party, a move that would enjoy UAE and Egyptian support but could divide his following in Gaza.

Some of Dahlan’s supporters in the Democratic Reform Current that remains part of Abbas’ Al Fatah movement, argued in the past that a party would further fragment the Palestinian political landscape.

The revived talk of a party appears to be fuelled by Israel’s facilitation of hundreds of millions of US dollars in Qatari support for Gaza’s health and education services as well as reconstruction.

Qatar, with its close ties to various Islamist movements, has long supported Hamas, while Prince Mohammed’s visceral opposition to any expression of political Islam has pitted the UAE against the movement.

The two states’ diametrically opposed views of political Islam lie at the core of the rift in the Gulf with the UAE alongside Saudi Arabia leading a more than two-year-old diplomatic and economic boycott of Qatar.

The revived talk follows a failed 2017 effort to negotiate Dahlan’s return to Gaza in talks between Hamas, representatives of Egyptian intelligence, and the Palestinian politician.

The deal would have involved Hamas sharing power with Dahlan in exchange for a loosening of the Israeli-Egyptian economic stranglehold on the impoverished Gaza Strip at a time that Abbas was refusing to pay salaries of Gazan civil servants and Israel was reducing electricity supplies in a bid to force Hamas’ hand.

The talk of Dahlan making a political move comes against the backdrop of a broader, sustained UAE-Saudi effort to facilitate the US peace plan, despite the two states’ official insistence that East Jerusalem should be the capital of an independent Palestinian state, and counter manoeuvring in Palestine by Qatar and its, ally Turkey.

Saudi Arabia and the UAE sought to weaken Turkish efforts to exploit opposition to Trump’s recognition of Jerusalem to bolster its claim to leadership of the Muslim world and weaken Jordan’s role as the custodian of the Haram esh-Sharif in the city that is home to the Al Aqsa mosque, Islam’s third most holy site.

Speaking earlier this year to an Arab media outlet believed to be close to Qatar, Kamal Khatib, an Israeli Palestinian Islamist leader, asserted that Dahlan, working through local businessmen, had unsuccessfully tried to acquire real estate adjacent to the holy site, known to Jews as the Temple Mount where Judaism’s two ancient temples once stood.

With approximately half of its population of Palestinian descent, Jordan has walked a tight rope balancing its reluctance to endorse the Trump administration’s approach to Israeli-Palestinian peace-making with its complex ties to the UAE and Saudi Arabia.

Unlike Jordan, the UAE and Saudi Arabia are not shackled by Palestinian demographics but need to tread carefully in supporting an initiative that is widely believed to be designed to deprive Palestinians of independent statehood because of domestic public sentiment and fears that it would backfire and strengthen Hamas.

A formal re-entry into Palestinian politics by Dahlan could help resolve the UAE and Saudi dilemma that is accentuated by concern that too much pressure on Abbas to reverse his rejection of US mediation could boost Hamas with its ties to the Muslim Brotherhood.

Said one Gulf official: “We are trying to strike a delicate balance. The key in doing so is to strengthen moderates, not extremists,” The official’s codeword for Hamas and other Islamists.