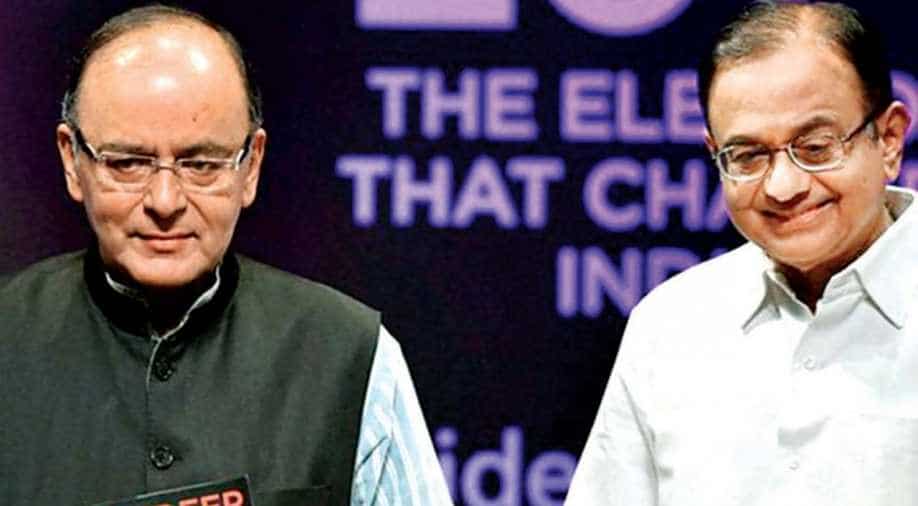 It would be difficult to replace the likes of good friends and arch-rivals, Arun Jaitley and P Chidambaram

Since the 1990s, two leaders who rose on the political horizon and were closely watched were Arun Jaitley and P Chidambaram. Both were sophisticated spokesmen for their respective parties, namely the BJP and the Congress. Both were lawyers and very eloquent in English, both written and spoken.

Jaitley, in a sense was a local product — studied in Delhi, active in ABVP and jailed during the Emergency. He married Sangeeta, daughter of former Jammu and Kashmir finance minister, Girdhari Lal Dogra. Both his children are lawyers. He was a one-party-man throughout his life. He was trusted as a troubleshooter and had the ear of Prime Minister Narendra Modi.

P Chidambaram’s maternal grandfather, Annamalai Chettiar, was the founder of Annamalai University. Chidambaram got his law degree from Madras, but went to Harvard to pursue higher education in management.

But, the Harvard business education did not change his political orientation — Left of centre. He ran a Leftist magazine in Tamil Nadu with N Ram of The Hindu and Marxist Mythili Shivaraman — called Radical Review, mostly aligned to the CPI(M).

He was a junior to the legendary MK Nambiar and current Attorney General KK Venugopal. He met his wife Nalini in those days — she was also a lawyer — and married her even though she belonged to a different caste. She is the daughter of former Supreme Court judge PS Kailasam.

Chidambaram — better known as PC — was close to Rajiv Gandhi and was a minister from the late 1980s. Initially, he was a junior minister in 1986, but moved significantly up the ladder — except for 1999 to 2004 when the BJP was in power.

But along with Moopanar, PC quit the Congress and formed the Tamil Maanila Congress due to the party’s decision to align with Jayalalithaa’s AIADMK. Later, he floated his own party, but finally came back to the Congress. In that sense, he was not a one-party man.

Chidambaram was elected seven times between 1984 to 1999 and 2004 to 2014 from Sivaganga constituency in Tamil Nadu, but is not considered a mass leader. He has always been dependent on one of the Dravidian parties, and the one time he stood on his own, he was defeated by Congress candidate Sudarshan Natchiappan.

Jaitley also cannot be considered a mass leader. He lost the only election he fought from Amritsar in 2014, in spite of the “Modi Wave”. He was always the backroom boy, who knew the byzantine bylanes of Delhi and its Lutyen manipulators.

PC was commerce minister in the PV Narasimha Rao cabinet. He reportedly rewrote the country’s foreign trade policy at one go during a non-stop eight-hour session in Udyog Bhavan in July 1991.

Many may not recall that PC resigned from the Rao cabinet during the Harshad Mehta scam since his family was presumably, a major shareholder in one of the related companies, in what came to be known as the Fairgrowth case.

Interestingly, the lawyer who argued on Chidambaram’s behalf, in this case, was another prominent lawyer-cum-politician — Arun Jaitley.

In their own words, they were good friends. In 2012, Jaitley was the then Leader of the Opposition in the Rajya Sabha and Chidambaram was the Home Minister of India. The Parliament was discussing the 2G scam. Jaitley led the opposition’s charge to question Chidambaram on the deal. Chidambaram initially said he was “happy” that his “friend of 22 years” was raising the issue. “I have great respect for the manner in which he raised the question,” Chidambaram said, adding, “and I sincerely hope that I would be able to respond to that and clarify all the doubts.”

But when Jaitley continued to grill the Congress leader, Chidambaram became emotional. “(I don’t) want to reveal private conversations (presumably between Jaitley and him) but I still maintain that it would be much simpler if somebody took a dagger and plunged it into my heart rather than question my integrity,” he said. The barb was clearly directed at Jaitley.

However, the role of Chidambaram and his wife in many dealings were not considered above board. He was legal advisor to Enron — but for its collapse, India may have had to pay a huge compensation. His wife, meanwhile, was the legal advisor to Gold Quest scheme, a Pyramid scheme of selling gold coins. She was also advising Saradha group’s chit schemes in West Bengal, which are under investigation. Later, his son Karti has been embroiled in many alleged dubious transactions.

In contrast, there are no major allegations against Jaitley, who was a favourite of the media. Once Arun Shourie jokingly called Jaitley the mass leader of a few Delhi journalists. After Jaitley’s demise, many in the media expressed their personal loss.

PC, though, is not popular with the media since he is perceived as arrogant and not courteous. He even used to set terms for his interviews.

In his younger days, PC was a chocoholic and chips lover, while Jaitley was fond of sweets and other savouries. It is said that Jaitley could remember great restaurants in many parts of the world along with their special dishes.

It will not be easy to replace the likes of Jaitley and Chidambaram as orators. It has been suggested that Jaitley was soft on PC and because of that, some probe agencies were going slow against PC.

Well, one of them is no more. The other is likely to spend long years in jail due to ED cases.