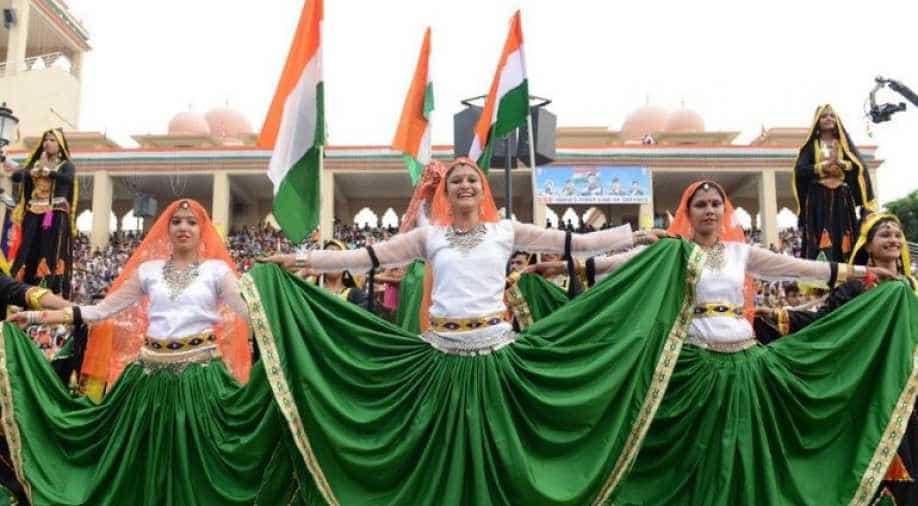 Under the leadership of PM Narendra Modi, India has a unique and unprecedented opportunity to realise its deepest civilisational and spiritual goals, as also play its destined role on the world stage

Perhaps for the first time, the flag-hoisting on Independence Day at the historic Rashtrapati Nivas, formerly Viceregal Lodge, Shimla, reverberated with cries of not just of “Jai Hind” but also of “Bharat Mata ki Jai.” It was a moving and memorable occasion, especially for me, who hoisted the tricolour as Director of the Indian Institute of Advanced Study. It was our second President, Dr S Radhakrishnan who donated part of the presidential estate to start this Institute in 1965. The flag-hoisting this year was even more special because the national anthem was played by the bagpipers of the 22nd Rajputs, stationed in Jutogh Cantonment.

India celebrates many festivals throughout the year. Earlier this week, we observed Eid-ul-Zuha or Eid-ul-Adha, better known as Bakrid. This year, August 15 also coincided with Raksha Bandhan. But of all these festivals, Bharat Parva or Independence Day is perhaps the most important. That is because, after centuries of slavery, we became free. It was one of the greatest struggles in human history against what was possibly the world’s most powerful empire. The deeper significance of birthdays was explained by Mira Alfassa, better known as the Mother in Sri Aurobindo Ashram, Puducherry. “Yes, it is truly a special day,” she remarked to a sadhak (spiritual practitioner) who had gone to receive her blessings on the occasion, “It is one of those days in the year when the Supreme descends into us…when our soul comes in contact with the eternal….” For India, what does August 15, which was our nation’s 73rd birthday, signify?

As it happens, it was also the birthday of Sri Aurobindo. In his famous Independence Day speech, broadcast on  August 14, 1947 from All India Radio, Thiruchirapalli, Sri Aurobindo outlined his “five dreams.” Two of these, “a revolutionary movement which would create a free and united India” and “the resurgence and liberation of the peoples of Asia and her return to her great role in the progress of human civilisation” were already accomplished, albeit in part. As Aurobindo himself noted, “India today is free but she has not achieved unity… But by whatever means, in whatever way, the division must go; unity must and will be achieved, for it is necessary for the greatness of India’s future.”

“A world-union forming the outer basis of a fairer, brighter and nobler life for all mankind” was his third dream. Finally, Sri Aurobindo wanted “the spiritual gift of India” to spread all over the world, a process he believed had “already begun.” His final dream “was a step in evolution which would raise man to a higher and larger consciousness and begin the solution of the problems which have perplexed and vexed him since he first began to think and to dream of individual perfection and a perfect society.” This is the most profound, demanding, and testing of the five dreams. We must transform ourselves — or face mass extinction.

When we look at independent India’s report card, it becomes increasingly obvious that a massive and magnificent spiritual resurgence was the moving force behind the country’s freedom struggle that ultimately led to our independence. Writing some 125 years ago, Swami Vivekananda explained this hidden truth quite succinctly: “Here in this blessed land, the foundation, the backbone, the life-centre is religion and religion alone. In India, religious life forms the centre, the keynote of the whole music of the nation.” Similarly, Sri Aurobindo summed up the importance of dharma in our lives: “When it is said that India shall be great, it is the Sanatan Dharma that shall be great.

… It is for the Dharma and by the Dharma that India exists.” Of course, it needs to be stressed that by Sanatan Dharma, Sri Aurobindo meant the eternal, universal religion, not any particular sect or creed: “If a religion is not universal, it cannot be eternal. A narrow religion can live only for a limited time and a limited purpose.”

The “naked fakir,” whose 150th anniversary we are also commemorating, Mohandas Karamchand Gandhi, also said that “the dream of every Indian...should be...to spiritualise the political life of the country and the political institutions of the country.” In today’s times, unity, strength, and integral progress should be our national priorities. Under the leadership of PM Narendra Modi, India has a unique and unprecedented opportunity to realise its deepest civilisational and spiritual goals, as also play its destined role on the world stage. As Swami Vivekananda reminded us, “The Indian nation cannot be killed. Deathless it stands, and it will stand so long as … her people do not give up their spirituality.” Which is why the flag-hoisting this year concluded with cheers of “Bharat Mata Ki Jai.”