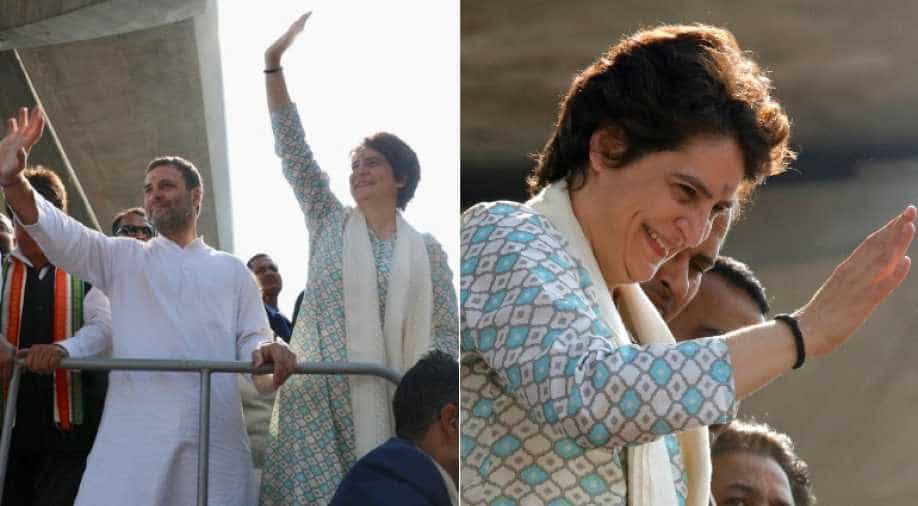 A lot of confusion has been created among the masses by the Congress party and the Mahagathbandhan (grand alliance of opposition parties) about Rafale.

With the latest report of the Comptroller and Auditor General of India on Air Force, Performance Audit on “Capital Acquisition in Indian Air Force” tabled in Parliament, Union Minister of Finance and Corporate Affairs, Arun Jaitley has gone on the offensive and called the Congress party’s bluff. He has tweeted "CAG report has completely vindicated the stand of NDA Government. It has blasted the big lie which was being spearheaded by the Congress."

The CAG report says that the fly-away price of the Rafale jet is the same as agreed in 2007 by the UPA government for 126 aircraft deal, Compared to that deal, India could manage to save 17.08 per cent money for specific enhancements in the present 36 Rafale contract.

The CAG report comes close on the heels of the huge Congress rally in Lucknow on January 11 to kickstart the party's election campaign for the coming Lok Sabha election. This rally was led by Congress President Rahul Gandhi, along with the two newly appointed general secretaries of the party, Rahul’s sister Priyanka Gandhi Vadra and the scion of the erstwhile ruling family of Gwalior Jyotiraditya Scindia, both in-charge of Uttar Pradesh.

The Congress President used the Lucknow rally to target Prime Minister Narendra Modi by calling him a thief.

Armed with the 141-page CAG report, Jaitley has lashed out at the Congress President and said in a tweet: "The entire pricing argument was factually wrong. The Rs. 30,000 crore favour to a private company is non-existent. He has also reminded people how in 1989 when the Congress government headed by Rajeev Gandhi was mired in corruption, they had manufactured a Saint Kitts against VP Singh. Because Modi has a clean image they are manufacturing a crisis.... This is exactly the repetition of 1989.”

When the Rafale deal is in focus, one should understand that acquisition by the Air Force has been disturbed for over 15 years.

As a consequence of this, about a dozen Air Force squadrons had suffered depleting strength and there was an emergency-like situation. Hence for the sake of augmenting air power, there were negotiations and renegotiations for 2 squadrons on a priority basis leading to the Rafale deal.

A lot of confusion has been created among the masses by the Congress party and the Mahagathbandhan (grand alliance of opposition parties) about Rafale. People need to be told that Rs. 30,000 crore offset has not gone entirely to Reliance. In fact, Reliance, chosen directly by Dassault under the offset clause, is there only for manufacturing the cockpit assembly for Falcon jets and the Dassault Reliance Aerospace Limited (DRAL) has already completed the first cockpit front section for a Falcon 2000 at its Nagpur manufacturing facility.

Also, the Congress leaders have been talking a lot about HAL not being brought in through the offset route for Rafale jets. In this regard, it is important to note that negotiations for Transfer of Technology (ToT) in the case of HAL had collapsed during the previous UPA regime and if negotiations were to start again, it would have taken another 2 to 3 years to arrive at an agreement.

Priyanka Gandhi Vadra might be enthused by the huge turnout at Congress party’s Lucknow rally. But in the coming days, she will have to be ready to face a burst of salvos for standing by Robert Vadra, her husband, when he went to the Enforcement Directorate to answer queries during the investigation into the alleged acquisition of properties in London worth millions of British Pound.

Her action by any standard goes against probity in public life. Priyanka would have risen in public esteem if she had detached herself and taken the stand that first her husband should get exonerated just as leaders, cutting across party lines, had done when they were roped in the Hawala scandal in the early ‘90s of the last Century.

By not taking this position it is clear that in the case of the first family of the Congress party the family comes before the nation.