No Sandeep Reddy, your Kabir Singh is a sexual abuser, not a lover 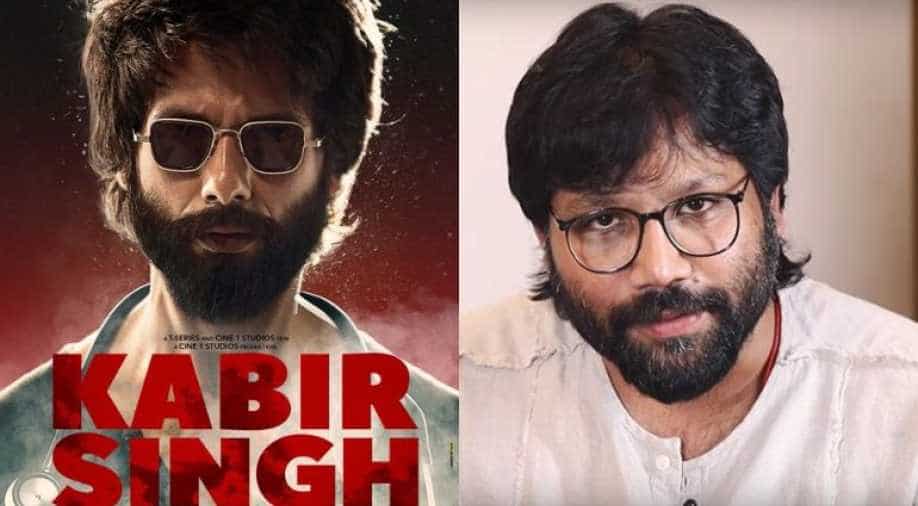 The plot of the film has already proven to be extremely controversial, but now it is the man behind the camera, director Sandeep Vanga Reddy who has managed to steal the film's spotlight.

A lot is being said about 'Kabir Singh' these days. A movie about a hot-headed medical student who gets addicted to alcohol and drugs after his girlfriend breaks up with him seems to have managed to tug at the heartstrings of those who have gone through a rough break up.

While many appreciated the film for its portrayal of love and heartbreak, others were not happy with the glorification of toxic masculinity which was seeped in its screenplay.

In a country like India, where cinema is like religion and can easily influence the minds of people, what does a film like 'Kabir Singh' leave behind? People emulate what they see on screen and when it is Shahid Kapoor hitting his girlfriend, they believe that this is the correct way to express their affection. The film seems to have put obsession, misogyny and sexual violence in a package and tied it up with a neat little bow called 'love'.

The plot of the film has already proven to be extremely controversial, but now it is the man behind the camera, director Sandeep Vanga Reddy who has managed to steal the film's spotlight.

In a recent interview with Anupama Chopra, he was asked about a particular scene from the film in which Shahid Kapoor's character slaps Kiara Advani's Preeti, to which he said, "She slapped him without a reason, at least Kabir had a reason to slap her. If you can't slap, if you can’t touch your woman wherever you want, if you can't kiss, I don’t see the emotion there."

He went on to justify every action of his character with one simple argument- that Kabir Singh is "flawed" just like anybody else; even when his character gets away with performing surgeries while he was completely smoked up or asks a girl to undress at knife-point.

To say that he spoke candidly in defence of the movie would be an understatement. His comments were not only brazen and disgusting, his tone was condescending as if to say that people having a negative reaction to such scenes was their own fault. What is even more worrisome is that he was not representing a character when he was chatting with Chopra, but that he genuinely believed this. He did not mince his words or even attempt to say things differently, instead he just held his ground and kept defending the film.

For him, the movie was not just a means of entertainment for the masses, but an honest-to-god depiction of what real love should look like. That thought itself is highly disturbing. Especially after he went on to say that he has worked with sexual assault and rape victims. If he has worked so closely with them, has he not understood what a traumatic experience it was for them? How could he then talk so brashly about people in relationships having the liberty to hit their partners?

Several surveys carried out in 2018 revealed that one in three women in India faced abuse and violence at home. Nearly 27 per cent of women have experienced physical violence since the age 15. In such a scenario, his film becomes an example of ideal behavior for the audience instead of just entertainment.

This became evident when several of his fans started defending him on Twitter with the hashtag 'We Support Sandeep Reddy Vanga' after the interview. This goes far to show that films cannot be only treated as a means of entertainment- they have a far bigger impact on society.

It can easily be argued that this is not the first time that a movie has revolved around the issues of toxic love or drug addiction or heartbreak. However, what we seem to forget is that it is no longer the '70's or the '80's- it is 2019. In the era of the #MeToo movement, with so many women speaking out about their upsetting experiences in the industry, the film is very problematic. If such movies existed in the past, should the industry not try and do better in the future instead of reverting to the same old patterns?

Bollywood movies had finally managed to move forward when they went from 'Ladki ki na mei bhi haan chhupi hoti hai' to 'Na ka matlab na hai'- it had taken nearly three long decades to make the audience understand the concept of consent. However, this film managed to undo a lot of that progress in a matter of hours.

After receiving flak for his comments on the chat show, Sandeep clarified that he does not endorse sexual violence but was talking about the liberty of expression that should exist between couples. Similarly, Shahid Kapoor too, said in an interview that he is nothing like the character he portrays in the movie. Nevertheless, the fact that an A-list actor made a choice to star in such a film shows that he does not exactly disagree with the character's actions, which is saddening.

We can only hope that the film industry and everyone involved in it will come to understand the role they're playing in shaping the minds of the country and do away with scripts and people who write such scripts that romanticise issues of sexual violence and territorial alpha males instead of problematising them. It is not right to treat these issues as a joke anymore.

(*Rehwa is an Editorial intern with WION Digital)