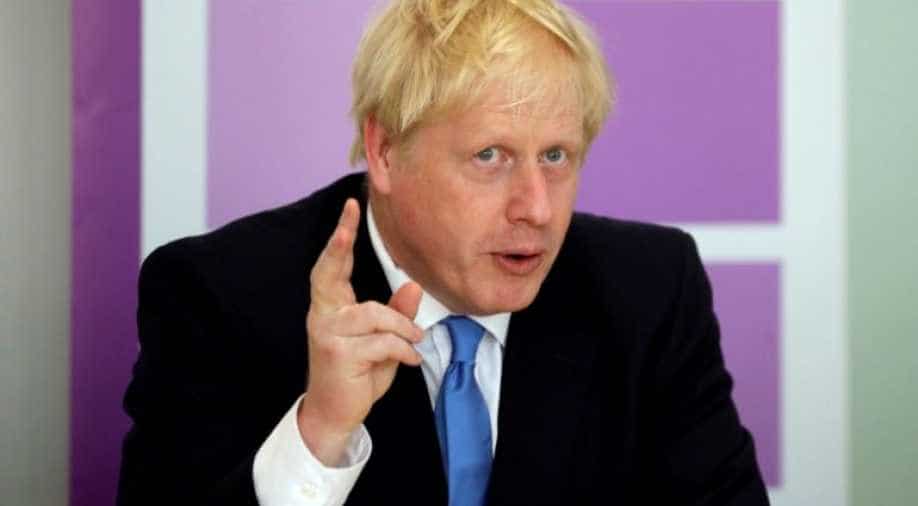 That means the UK is now no longer subject to the EU’s approval if it wants to end the backstop arrangement.

Against seemingly all the odds, we have a new Brexit deal. As an apparent vindication of UK prime minister Boris Johnson’s strategy to ramp up the threat of a no-deal departure from the EU and to force concessions from Brussels, one would imagine that Number 10 is rather happy right now. But that happiness will be tempered with caution because some major issues lie ahead.

Negotiations in Brussels have produced legal texts on arrangements for Northern Ireland and on the political declaration, which outlines the broad outline of what the two sides want from their future relationship. These are the product of months of planning by the British government, so it’s reasonable to ask what has actually changed since former prime minister Theresa May struck her original deal.

Reading the text, the first impression is that there’s much more that hasn’t changed than has.

The protocol on Northern Ireland and Ireland has long been in the firing line. It proposes a backstop arrangement that would keep Northern Ireland in close alignment with the EU unless and until both UK and EU agreed to change that.

On that front, the introduction of a section on “democratic consent” is an important shift on the EU side. This provides a mechanism for the Northern Ireland Assembly to vote on whether to maintain the provisions of the protocol, with a requirement to have cross-community support. That means the UK is now no longer subject to the EU’s approval if it wants to end the backstop arrangement.

That said, a voting requirement to have majorities from both unionist and nationalist groupings makes it very hard to achieve – especially since the Northern Ireland Executive broke down several years ago and is still not in operation. While the Democratic Unionist Party (DUP) might control unionist voting, it can only do the same with nationalists if it creates a much more benign and cooperative environment. And even if that does happen and arrangements are voted down by Stormont, there is still a long phasing-out period, so things cannot move too quickly.

From the EU’s perspective, this arrangement provides a degree of security, mainly because any decision to overturn the system is not solely in the hands of the UK – which has not been the most reliable partner of late.

The other big change is on customs arrangements. Instead of creating a temporary customs area for the whole of the UK, the revised Protocol makes Northern Ireland a part of the UK’s customs territory. Because that would imply border controls, a rather convoluted system of custom duty collection is set out.

In essence, the system collects duties from businesses, dependent upon where goods are coming from and going to, with the possibility of various exemptions that will be agreed down the line.

It’s a much more complex system than before, but it does allow Johnson to argue that the entire UK is leaving the EU’s customs union, allowing it to benefit from any new trade deals that might be concluded.

Meanwhile, the political declaration, the main change is that the UK now suggests it is looking for a much looser future relationship, based on a free trade agreement, rather than anything that might include participation in the EU’s single market or customs union.

While these are all noteworthy, they do represent only a very small part of the totality of the withdrawal agreement, as agreed by May last November. The Protocol still kicks into effect at the end of a transition period and the effect is still that Northern Ireland is kept very close to EU’s regulatory standards for many years. The future relationship remains as aspirational as May’s plans – until such a document is negotiated and ratified, by some future British government, no one can be sure what it will look like.

Nor did this negotiation touch on citizens’ rights, financial liabilities, the power of the EU’s courts to issue definitive rulings on matters of dispute (an important matter for hard Brexit supporters in the Conservative Party) or the institutional arrangements for managing all of this. Even as Number 10 goes into its selling mode, those continuities from last year’s text will be present in many people’s minds.

The plan still seems to be for the government to present this deal to the UK parliament in a special Saturday sitting on October 19. We already know that the DUP has issues with the revised text because it places Northern Ireland in a different legal position to the rest of the UK, so winning that vote looks even harder than it already did. The government will hope that it can present the deal to MPs as the last, best hope for a Brexit settlement – but, with wobbles from the DUP, Johnson will struggle to get close to a majority.

Even if he does, the potential to keep that majority together for the subsequent passage of the Withdrawal Agreement Bill looks even less likely. And remember that, as things stand today, this text isn’t even signed off by the 27 EU member states – there’s now not really enough time for them to digest and approve something that moves them off their previous position.

In short, this might still fall apart for Johnson, just as it did for May.

(Simon Usherwood is Professor in Politics, University of Surrey)