More tourists mean further exploitation of the nature. But that's not the case with Maldives. Thanks to the government’s concrete measures, Maldives has been able to keep a check.

Till the 1970s, Maldives was fed by sporadic tourism, mostly from the boats calling into islands while sailing through the Indian Ocean. It was only in 1972, the country’s tourism industry witnessed coming up of two resorts with 280 guest accommodation. During the 80s, the number of resorts increased to 55. At present, there are more than 160 resorts in the island country with white sand, sun and the sea.

While the destination is known for leisure vacationing, it has also got a decent number of honeymooners and a fair number of divers that add the flavour of diversity to country’s tourism. India counts as one of the highest market sources to Maldives’ tourism. In 2019, 167,000 Indian tourists went to Maldives, which is a rise of more than 100 per cent over 2018. Improved flight connectivity from Kerala, Tamil Nadu, Maharashtra, Delhi and Karnataka, and, a visa-free regime is among the several reasons that led to an increase in Indian tourists.

However, more tourists mean further exploitation of the nature. But not for this country. Thanks to the government’s concrete measures, Maldives has been able to keep a check. And not just that, the resorts have come forward to minimize carbon footprints. What makes the strategy remarkable is the fact that the resorts are also engaging with the tourists and turning conservation into tourist activities thus conveying the message globally. So in a way, the hotel industry, which is generally called out for exploiting the nature is turning out to be custodians of the country's prosperity and protectors of marine assets.

Maldives is home to around 250 species of corals and 41 islands that have unique wetland ecosystems. To preserve its shores and enhance its increasing blue economy, Maldives’ Ministry of Environment is implementing the Coastal Protection Projects with support from the World Bank. The projects focus on protecting coral reef and coastal wetlands, which are rich in biodiversity and have immense recreational value and act as bulwarks against coastal erosion.

With support from the Indian Government, Maldives has also implemented a coastal protection project at Alifu Atholhu Uthuruburi Rasdhoo. The project will provide the necessary coastal protection to an area of a length of 214 meters, facing severe coastal erosion. This area was used as a landfill previously, and with coastal erosion waste buried there has risen to the surface, contaminating the water resources and polluting the beach area. The project scope will also include beach replenishment consisting of cleaning up of waste debris and replacement of sand, and the construction of a groyne field.

Marine life is the heartbeat of the island country. And to save the fish, the government has put a ban on mass fishing. Instead the fishermen use spears to hunt yellow fin tuna. Maldives being one of the largest exporters of tuna, this practice ensures the commercial activity stays within sustainable safety net.

While the earlier efforts made by the government works in the public front, the resorts also share the responsibility. Heritance Aarah, Maldives’ first resort to get Leed Certification for its green architecture. Maldives suffers from a unique problem. Though it produces negligible greenhouse emission, the sea is affected due to pollution from adjoining areas. And to minimize that, Heritance Resort has built a framework to create a healthy, highly efficient, cost saving green buildings. It saves around 30% of energy compared to conventional hotels of the same scale. The hot water requirement is generated through heat recovery generator. Even with water all around, it has developed a robust rainwater harvesting and saves all the water wasted in the desalination process through reverse osmosis. While these are at the infrastructure level, the resort works in demonstrating the native lives of Maldivians for tourists by creating a local village. The hotel plans to invite local school students to aware them about sustainable lives that locals earlier led and how the future generation can preserve the same. 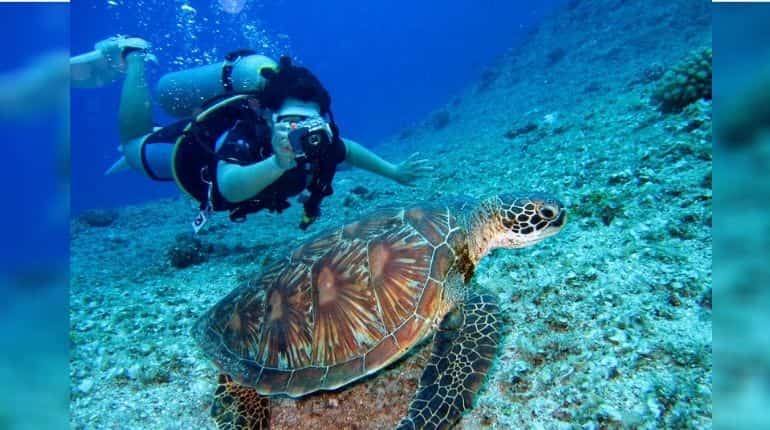 Pollution from plastic is a major issue that is looms large around ocean. We have seen pathetic photos of turtles getting choked from plastic bottles. To address that, Furaveri Island Resort & Spa has its own water bottling plant. It recycles glass bottles and serves to the guest rooms and restaurants. The resort is also planning to bring in glass bottles for guests to carry during excursion.

Another international chain, Conrad Maldives Rangali Island have collaborated with environmental network Parley for the Oceans. The plastic waste is collected and made into tote bags, which the guests can carry as souvenirs.

Keeping up with the Corals

In the last few years, rising sea temperature has resulted in bleaching of the coral reef around the world. And Maldives is no exception. Plenty of marine animals feed on corals and use the coral bed as their homes. At such a critical crisis, resorts like Anantara Dhigu and Seaside Finolhu are offering their guests a unique activity – Coral Restoration. The guests can enjoy going down into the ocean and planting corals. They can commemorate their anniversaries and birthdays through this and the resort shares photos of grown up corals every year as a gift. This is done by placing coral frames under the ocean. In a few years, these corals under suitable environment generally tend to regrow and spread out. 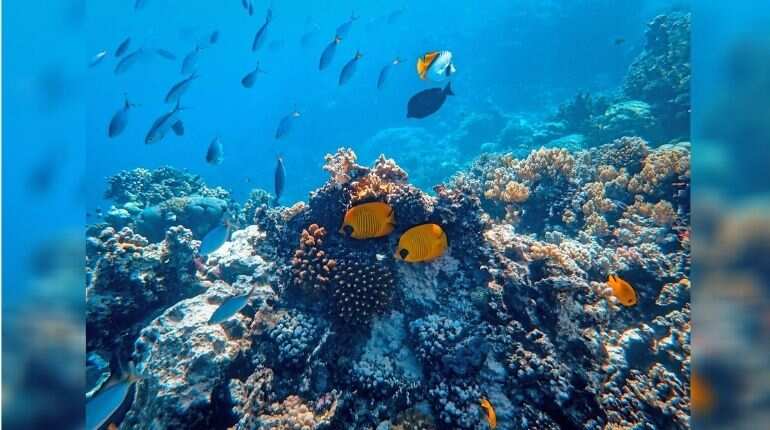 No matter how critical the method be, guests can engage in this activity and share the responsibility. Many resorts including Coco Collection Baa Atoll have come up with ‘Save a Turtle’ through Oliver Ridley Project in Maldives. There is a full-functional marine turtle rescue centre, which operates on turtles that often choke from plastic and other hazardous elements.

Coco Bodu Hithi Resort offers its guests to adopt a turtle. Guests on an immersive expedition through snorkelling are briefed about the plastic perils turtles face. They can now adapt a turtle and help it recover and go back to the sea by sharing the fund.