The pushback against terrorism is gaining ground globally 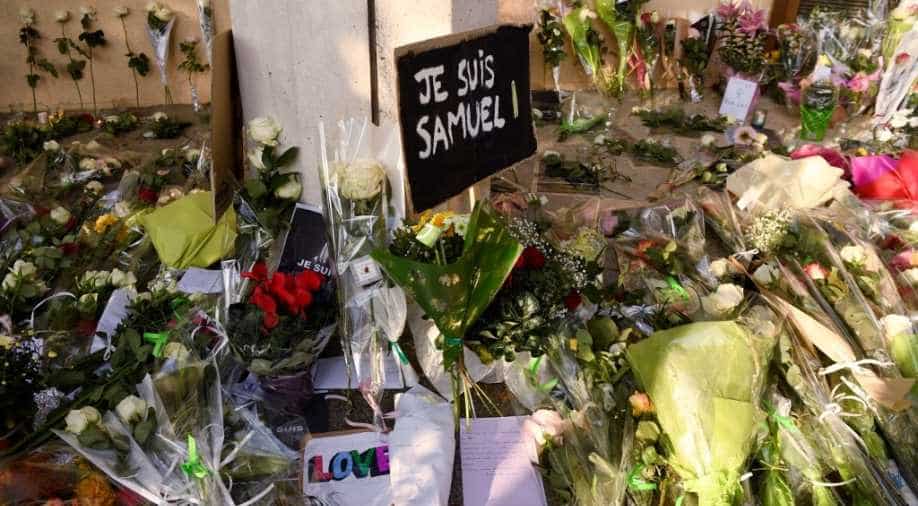 26/11 was a stand-alone act of terror sponsored by neighbouring Pakistan. Like 9/11, it was designed to intimidate. It was an unprovoked strike at India that succeeded, unlike a similar attempt made on its parliament and its members in New Delhi subsequently.

For a very long time, through the second half of the 20th century, as the world shrank, became globalised, and increasingly enlightened in its attitudes, the old prejudices declined. There were even those who bent over backwards to set things right.

Racism, with its horrific history connected with slavery, colonialism, imperialism and the agrarian economy, was not only frowned upon, but there was also legislation against it. Diversity and multi-ethnicity were encouraged in Europe and America and other parts of the First World. Immigration policies, largely based on mandatory Caucasian and Judeo-Christian applicants, became broad-minded. A steady trend began towards ignoring, colour, race, language, religious and cultural differences, even lack of education, in immigration policy. The West was keen to make amends for the sins of the past.

It was thought assimilation into a more prosperous and welcoming environment, often under-populated, offering education, health benefits, other welfare initiatives, jobs, would help it happen automatically. It was, we know now, a romantic notion. Instead, hostile ghettoes of immigrants sprang up with no appreciation for the Western values that had let them in.

It is an understandable mistake because in the past, when down-trodden European, Jewish, some Asian groups, became new citizens, it had worked very well. Many of these sometimes impoverished new entrants are admired for their industry and made rapid strides within a generation. Refugees were accepted as an act of social consciousness and affirmative action against the horrors of war-torn parts of the world.

But of course, this was before immigrants were being radicalised and instigated by their community leaders to take over their host countries.

Other nations, principally functioning democracies, with large minority populations such as India, frowned on religious discrimination as well. They defined their inclusive policies as the very essence of secularism. While this did not always go down well with the majority, public policy saw to it that their views were ignored.

It may even be said to have worked tolerably well at first over nearly five decades.  But in the early part of the 21st century, soon after the millennium, this changed. The liberal world, we can see clearly now, came under attack from a shadowy and ideological enemy. The liberals were welcome to provide a shield, but they too were to be pushed aside when the time came.

9/11, in 2001, was an unprecedented terrorist attack on American soil. It was aimed at its thriving commercial heart, located in Manhattan, New York, and its military and political centre in Washington D.C. It claimed more than 3,000 civilian lives, those of some security men and several firemen. The nearest thing in the American experience was the Japanese attack on Pearl Harbour that brought America into WWII.

A similar landmark occasion in Mumbai, India, was 26/11, in 2008, which followed on from several earlier bombings in retaliation for the demolition of the Babri Masjid in Ayodhya.

But 26/11 was a stand-alone act of terror sponsored by neighbouring Pakistan. Like 9/11, it was designed to intimidate. It was an unprovoked strike at India that succeeded, unlike a similar attempt made on its parliament and its members in New Delhi subsequently.  It was aimed at the commercial capital, targeting an iconic luxury hotel used by foreigners and the Indian elite, its main downtown railway terminus, even its hospitals. The small and floating Jewish presence by way of Mumbai’s Chabad House was also attacked. All the casualties, running into their hundreds, barring some military and police personnel, were civilians, including several foreigners, Europeans and Americans amongst them.

There are many less spectacular occasions of exported terror, mostly connected to Pakistan and its infamous ISI.

These took place both before and after these marquee occasions, around the world. Some involved military and diplomatic installations, others were purely civilian or political targets.

But for a long time, the country most affected was India, followed by Israel. Terrorist attacks were not frequent in Europe, America, Australia or New Zealand. Prime Minister Modi has never made an international speech without highlighting the scourge of international terrorism. He has urged the free world to unite in the necessary fight, and this is gradually gaining momentum now.

The terrorists, on their part, have increasingly picked on non-military soft targets, hoping to provoke a backlash. This would then create a domestic cycle of violence and retaliation and give terror the desired local roots.

By the third decade of the 21st century, it appears that terror has got its wish, even as it has sown the seeds of its ultimate destruction as the world comes together against it. It has indeed struck global roots, with local and homegrown incidents becoming very frequent.  Following on from France to Russia, to Canada, India, and so on, terror strikes have happened within just one week of the news cycle.

France under President Macron has decided to push back. The EU has decided to support it. So has India. And Russia, and a slew of other countries such as Saudi Arabia. The Scandinavians are threatening deportation and cancellation of citizenship. India is now formally legislating against the pernicious practice of “love jihad”.  America under President Trump, and indeed since 9/11, has been tightening up its immigration and surveillance policies.
What has changed drastically in recent days however is the liberal stance towards this violence. The old argument that terrorists actually have no religion is not being readily accepted anymore. Being offended over perceived insults and injustices cannot be used as an excuse to unleash murderous violence. Nor can it justify rioting, arson and murder is the prevailing view.

This change in the sympathetic liberal mindset that has given succour to supposedly dispossessed and poor people, is not willing to be taken advantage of any longer.

In India, the minorities are gradually being asked to face up to their responsibilities as Indian citizens instead of overemphasising their rights. It is a big shift from the appeasement policies of the past. But it is by no means an unreasonable demand. There will be no going back. The sponsors of cross-border terrorism and the financing of embedded terror groups in this country are coming under increased pressure. There is a shift in public awareness that makes anti-state and anti-national activity difficult. India is dealing with native minorities, but the world at large is fed up.

Barring a couple of isolated countries which are in deep economic trouble, the support for terrorism is shrinking rapidly. Any escalation of violence will be met with determined resistance.  There is no future for terror as a political tool anywhere in the world.