Liberty is the key issue of the US 2020 election 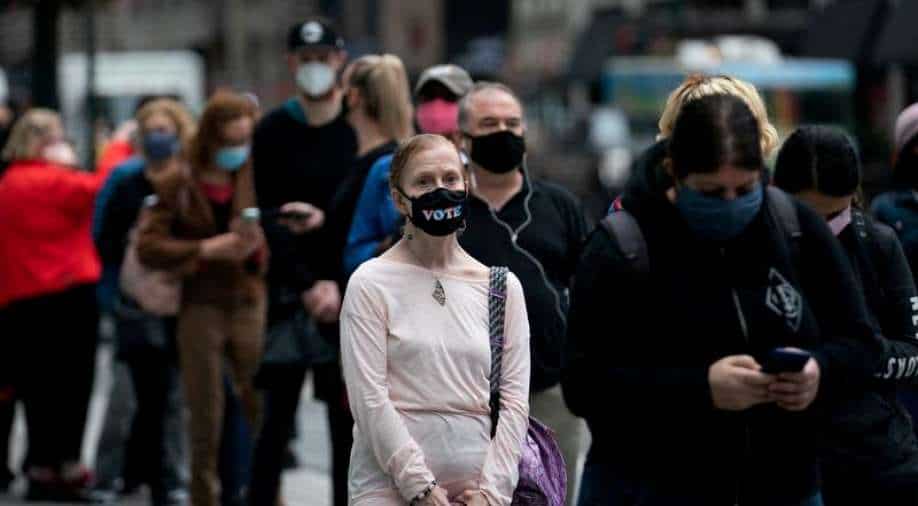 Compared to four years ago, the threat to individual freedom, the Constitution and the rule of law emanating from the oligarchy is both greater and imminent

Over many decades, the United States has become an oligarchy, a government in which a small group exercises control especially for corrupt and selfish purposes.

The oligarchy is primarily composed of the Democrat Party, the media, academia, the permanent federal bureaucracy and the multinational interests that provide its financial support.

Republicans like Mitt Romney are also members of the oligarchy as well as the greedy political operatives, who profit from candidates like him.

Such Republicans falsely claim to be putting “country over party," but are actually putting oligarchy over democracy.

They do so because of their private dislike for Donald Trump or simply for their own power and profit, often both.

The “damage” Democrats and the anti-Trump Republicans claim he has done, has not been to the country, but to the power of the oligarchy and its growing attempts to control and exploit the American people for personal gain.

The oligarchy rejects democracy, preferring authoritarianism or, increasingly in the Democrat Party, the totalitarianism of Big Tech, Antifa and Black Lives Matter.

Like Hillary Clinton, Joe Biden is the candidate of the oligarchy.

In a September 6, 2016 article in The Hill entitled “Why Donald Trump appeals to ordinary Americans,” I wrote:

“This election is not simply a contest between the Democrat and Republican ideologies, but a battle between the entrenched power of the bipartisan political establishment versus the freedom and well-being of the American people.”

Compared to four years ago, the threat to individual freedom, the Constitution and the rule of law emanating from the oligarchy is both greater and imminent.

“The federal government and the media are, as institutions, hopelessly corrupt and, although we have elections, we no longer have representative government.”

Yet, even the most cynical among us, could not have imagined that politically-motivated elements within the federal government would use its immense law enforcement power in a coordinated attack with the media to destroy the lives of innocent citizens and patriots like General Michael Flynn and organize what amounted to a coup d'état against a sitting President.

Like what I stated in 2016, most of the social chaos and extremism we are currently witnessing in our Democrat-run cities is the product of a well-funded and well-organized anti-American, radical, leftist agenda.

It is the direct consequence of educational and media political indoctrination coupled to the divisive rhetoric and destructive policies of the Democrat Party.

In the face of the present turmoil, many in the Republican Party have chosen to stand idly aside, unwilling to defend the rights, liberties and well-being of American citizens.

Those anti-Trump Republicans have chosen to no longer represent the Americans who had once been their constituency, but, instead, have adopted the identity of junior partners in a ruling class.

It is a fundamental principle of democracy that the efficiency and effectiveness of government are directly dependent upon the trustworthiness of government officials as representatives and executors of the views and desires of the people.

Americans now believe that we are not citizens of a republic, but subjects of an elected aristocracy, composed of a self-absorbed permanent political class, which serves the interests of international financiers at the expense of the American people.

The oligarchy maintains its authority by an ever-expanding and increasingly intrusive government and uses a compliant media to manipulate public opinion in order to sustain the illusion of democracy.

Three years before the start of the American Civil War, Abraham Lincoln said a government cannot endure permanently half slave and half free — that a house divided against itself cannot stand.

Likewise, a government separated from the people cannot stand.

There remains a winning coalition in America, one which Donald Trump represents, one inclusive of all Americans, and one for all those who believe in a simple proposition — honest, representative and effective government.