How scientific misinformation about COVID-19 has become Chinese propaganda 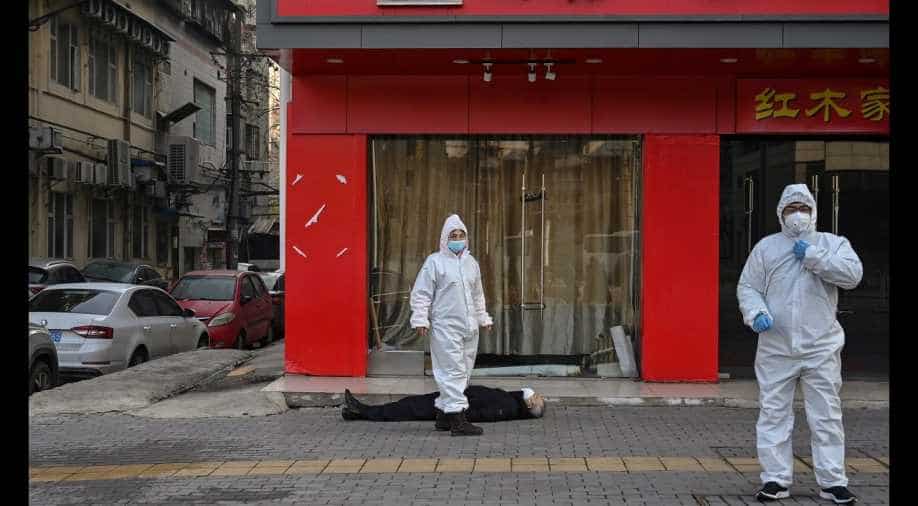 In order to escape the responsibility for the global pandemic, the Chinese Communist Party has aggressively promoted the narrative in both the scientific literature and the main stream media that COVID-19 is just another naturally-occurring disease transmission from animals to humans.

It is common practice among journalists motivated by a political agenda to misunderstand or misrepresent evidence in order to create or sustain a narrative that conforms to a predetermined conclusion.

Science now seems to be succumbing to the same strategy.

In order to escape the responsibility for the global pandemic, the Chinese Communist Party has aggressively promoted the narrative in both the scientific literature and the main stream media that COVID-19 is just another naturally-occurring disease transmission from animals to humans.

For example, China’s state-controlled media outlet, CGTN, republished an edited version of “Here's how scientists know the coronavirus came from bats and wasn't made in a lab,” written by Polly Hayes, a lecturer in Parasitology and Medical Microbiology, University of Westminster in England.

Both articles begin by stating, unequivocally, that SARS-CoV-2, the coronavirus responsible for COVID-19, shows no signs of genetic manipulation.

They quote Hayes: “If the virus had been genetically engineered in a lab there would be signs of manipulation in the genome data. This would include evidence of an existing viral sequence as the backbone for the new virus, and obvious, targeted inserted (or deleted) genetic elements."

"But no such evidence exists. It is very unlikely that any techniques used to genetically engineer the virus would not leave a genetic signature, like specific identifiable pieces of DNA code.”

First of all, SARS-CoV-2 is an RNA virus, which meanshttps://www.rochester.edu/newscenter/covid-19-rna-coronavirus-research-428952/ that unlike in humans and other mammals, the genetic material for SARS-CoV-2 is encoded in RNA, not DNA.

Furthermore, the ability to detect genetic manipulation of viruses remains a controversial issue, although the continual regurgitation in the media that manipulation always results in a genetic signature has reached the level of urban myth.

It is important to note that, so far, the natural source of SARS-CoV-2 has not been known. Although its “backbone” appears to originate in bats, no intermediate animal host has been identified.

In a news article recently published by the international science journal Nature, the progress, or lack thereof, identifying the natural source of SARS-CoV-2 was reviewed.

According to the article, the two closest, but nevertheless relatively distant, relatives of SARS-CoV-2 are the bat coronaviruses RaTG13 and RmYN02, whose genomes are 96% and 93% identical to SARS-CoV-2, respectively.

Although RaTG13 is 96% identical overall to SARS-CoV-2, its receptor binding domain (RBD), which allows the virus to bind to the human angiotensin converting enzyme-2 receptor (ACE2), is structurally different and suggests that RaTG13 may not bind efficiently to the human ACE2.

The Nature article also does not mention that the RBD of RmYN02 showed only a 61.3% sequence identity with SARS-CoV-2, meaning it is highly unlikely that RmYN02 could bind to human cells at all.

If none of the likely bat coronavirus relatives could bind effectively to human cells and no intermediate animal hosts have been identified, how did SARS-CoV-2 attain such a high affinity for human infection even in the earliest cases?

Such “pre-adaptation” for human infectivity and pathogenicity can be easily explained by genetic manipulation.

In 2015, Ralph Baric from the University of North Carolina and Zheng-Li Shi, the “bat woman” from the Wuhan Institute of Virology jointly published a scientific article describing the combination of the RBD from a newly isolated coronavirus (SHC014) and the “backbone” from SARS-CoV, the coronavirus responsible for the 2002-2003 pandemic.

The above experiment produced a novel virus, chimera SHC014-MA15, which showed “robust viral replication both in vitro [cell cultures] and in vivo [animals],” using models adapted to test human infectivity.

Similar increases in human infectivity and pathogenicity can also be accomplished by several “point” replacements of single amino acids capable of having profound clinical effects, changes which might be otherwise indistinguishable from natural mutation.

Finally, the most conspicuous sign of SARS-CoV-2 genetic manipulation is the presence of a furin polybasic cleavage site, a structure that is not present in any of the coronaviruses so far identified as possible direct ancestors.

In fact, the artificial removal of the furin polybasic cleavage site from SARS-CoV-2 does not affect human infectivity, indicating that it is not needed for that purpose and would be unlikely to appear through positive selection in the course of a natural evolutionary process.

The techniques for the artificial insertion of such furin polybasic cleavage sites have been used for over ten years.

Contrary to the scientific or media “conventional wisdom” and Chinese propaganda, there is substantially more evidence that the COVID-19 pandemic is a consequence of coronavirus genetic manipulation.