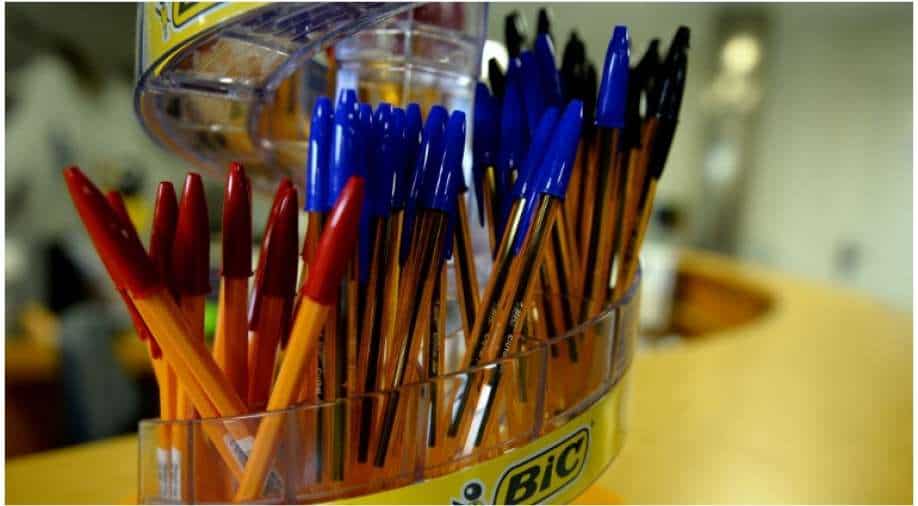 Since time immemorial, the image of the writer has been a figure bent over paper (or parchment, depending on how far you want to go) with a quill and a pot of ink. Next to a flame. There is always a flame!

A chef’s knife. A painter’s brush. A writer’s pen. What would artists be without their tools (And the mild obsession we have with them)?

Since time immemorial, the image of the writer has been a figure bent over paper (or parchment, depending on how far you want to go) with a quill and a pot of ink. Next to a flame. There is always a flame!

So romantic is this visual that every aspiring writer has at some point adopted a fancy pen when committing to putting words on paper. The more old school ones will even go for a pot of ink to dip in! But those in the business of words can tell you, when you make a living out of writing, a certain number of words a day is function over romance! Sure, the poets and lyricists can still afford to indulge. But those of us who commit to manuscripts with a lakh or more words are cursed to carry a thought cloud threatening to disappear any moment, unless hastily scribbled as notes. Not to mention the fear of a manuscript washed out by spontaneous rain! Or an unexpected pen leakage in the bag, discovered when your hand emerged from it, stained in the pen’s blue blood… (True Story.)

No sir! I belong to the tribe of scribes that swears by the humble ball point pen. Fast. Efficient. And dependable.

I remember when we made the transition in Class 6 from pencil to pen. That was when I stopped getting the extra mark for neatness! But it wasn’t just that. A pencil provides the scope to make a mistake. No such thing with pens! Pens do not give second chances. They demand clarity of thought and an unfaltering will. My notebooks looked like tiny insects had dipped their feet in ink and had a parade on the page. The thick strokes from the nib of fountain pens aren’t kind to those with a shy, unsure hand.

Then one day I made the discovery- a Cello ball point pen! It had a tiny ball at the end of a needle-like nib that made thin, precise strokes. Neat, un-smudgeable writing. And the pen would just glide over the page, oh-so-smoothly! In blue and black. I still prefer blue.

I’m often asked what I prefer to write on- laptop or on paper with a pen. To that I say- laptop for short documents, emails, etc. But for real writing that requires thought, that demands filling page after page with story, when lines are struck out and re-written on top, barely fitting in the lines, when the sides are filled with side notes, forgotten at first then hastily scribbled- it’s on paper, a sturdy notebook with a pen that can keep up with my state of frenzy. And that is a job for a hardworking pen!

For me it’s the writing that needs to be beautiful, not the pen. I did use a fancy leather-bound notebook with handmade paper while writing my first novel Urmila, The Forgotten Princess. The yellowed paper felt like parchment, and though I didn’t write next to a flame, it was the closest I could get to that classic writer visual! In the lockdown I switched to a simple school stationary notebook, with neat lines that didn’t let my sentences droop or ascend. But my choice of pen to write on both was the ball point pen. It has been since years. I buy them in bundles. I stash them in different bags, in different corners of the house for easy access, in case the thought cloud threatens to disappear. I find that it keeps up with my pace. It helps my thoughts as I twist the cap. Or tap the pen impatiently against my face. Or poke my forehead with it when a stubborn thought refuses to come out.

Getting 440 pages written is no easy feat. Specially of a story that has been around for thousands of years. When I was struggling to finish it, I would wonder sometimes as to how long it must have taken for the first writers of the Ramayana…

Who knows, they may have finished it faster if they had a ball point pen!

(Smriti Dewan is an award-winning screenwriter, director and recently turned author with her debut novel Urmila: The Forgotten Princess published by Bloomsbury)

Smriti Dewan is an award-winning screenwriter, director and recently turned author with her debut novel Urmila: The Forgotten Princess published by Bloomsbury