Cuba's volleyball team to compete at Olympics despite rape probe 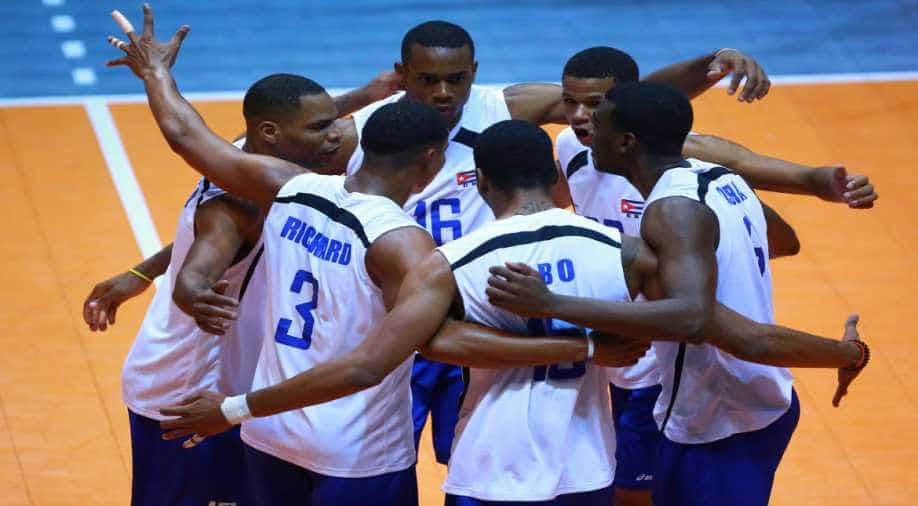 Cuba performed better than any other Latin American country at the 2012 Olympic games, earning sixteenth place in the medals table. Photograph:( Getty )

Follow Us
The Cuban men's volleyball team will compete in the Rio Olympics despite the detention of six of its players in Finland over a suspected aggravated rape, said an official at the National Sports Institute (INDER), according to website Cubadebate and other state-run news outlets on Wednesday.

The island nation will be sending 120 athletes to the games in Rio de Janeiro to compete in 18 disciplines, said Jos? Antonio Miranda, INDER director of high performance sports, the media outlets reported.

"After not qualifying in volleyball for 16 years, we had 18 athletes in our preselection and we are going to be there with 12 in the Olympic games," Miranda was quoted as saying.

Police detained eight players earlier this month in the Finnish city of Tampere, where the Cuban team was playing in a World League tournament. The suspected rape occurred at the hotel where the team was staying.

Two of the men were then released and are no longer suspects. The other six will remain in custody while the investigation continues.

"Preliminary information suggests that (these players) are linked to acts completely unrelated to the discipline, sense of integrity and respect that govern our sport," Cuba's Volleyball Federation said in a statement.

Cuba performed better than any other Latin American country at the 2012 Olympic games, earning sixteenth place in the medals table.