What to look out for at Paris men's fashion week 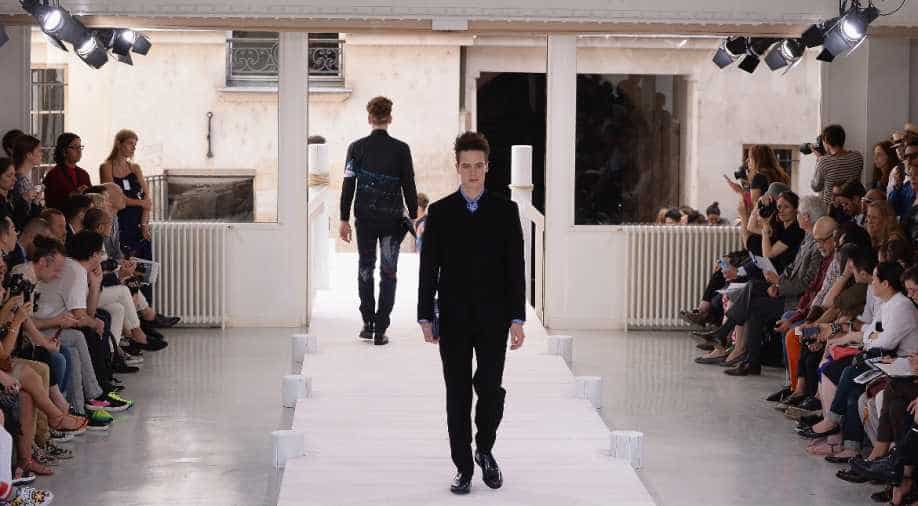 French fashion house Saint Laurent will not be showing this season. Photograph:( Getty )

Follow Us
With what seems like half of Europe's male population in football shirts for the Euro 2016 championships, Paris designers will try to lift the tone Wednesday with the start of men's fashion week.

Nearly 50 fashion houses will unveil their spring and summer collections for 2017 in the French capital, which is also hosting some of the championships' top matches.

Here are the shows and trends to watch out for:

Balenciaga is staging a men's fashion show for the first time in the history of the aristocratic label which dressed the queens of Spain, Belgium and Wallis Simpson, the divorcee who dreamed of being Queen of England.

Such is the buzz surrounding Demna Gvasalia, the young Georgian-born designer now at the head of the house founded by Cristobal Balenciaga in 1917, that it is prepared to put its traditions to one side.

Gvasalia caused a stir with his first women's show for the brand in March, taking the spirit of the remastered streetwear look he pioneered with his label Vetements, and giving some of Balenciaga's classics an almighty yank.

His own oversized Vetements hoodies beloved of rappers Rihanna and Kanye West sell for up to $1,000 a pop.

His reworked Puffer coats - a far cry from Balenciaga's typically upper-crust look - have also become a must-have for American singers as well as Parisian fashionistas.

Having first made his name with his big, unisex, refunctioned combinations in 2014, Gvasalia and Vetements are going still further upmarket in July when they will be admitted into the rarefied world of haute couture.

Facetasm, a brand founded by Japanese creator Hiromichi Ochiai - a finalist for this year's prestigious LVMH prize - will be the first of the newcomers to show on Wednesday.

Having only parted company with Hedi Slimane in April, the French fashion house Saint Laurent will not be showing this season.

Instead Slimane's Belgian-Italian replacement Anthony Vaccarello will present his first collection for the label during October's fashion week.

The other notable absentee is the former Dior director Raf Simons, who instead showed his latest collection inspired by the American photographer Robert Mapplethorpe at the Pitti Uomo in Florence last week.

More and more labels are mixing up male and female silhouettes in their shows as Gucci and Vivienne Westwood did during Milan week, which has just finished. That trend is likely to continue in Paris and do not be surprised also if there is more than one nod to football and sportswear given the soccer-mania gripping France.