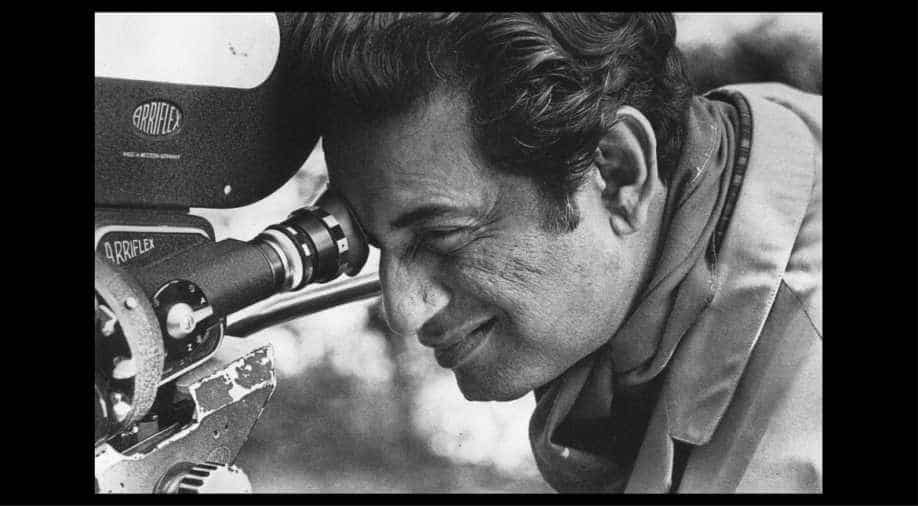 Satyajit Ray considered script-writing to be an integral part of direction. Initially he refused to make a film in any language other than Bengali. In his two non-Bengali feature films, he wrote the script in English; translators interpreted it in Hindi or Urdu under Ray's supervision. Ray's eye for detail was matched by that of his art director Bansi Chandragupta. His influence on the early films was so important that Ray would always write scripts in English before creating a Bengali version, so that the non-Bengali Chandragupta would be able to read it.

In 1962, Ray directed Kanchenjungha. Based on his first original screenplay, it was his first film in colour. The film tells the story of an upper-class family spending an afternoon in Darjeeling, a picturesque hill town in West Bengal. They try to arrange the engagement of their youngest daughter to a highly paid engineer educated in London. He had first conceived shooting the film in a large mansion, but later decided to film it in the famous hill town. He used the many shades of light and mist to reflect the tension in the drama.

In 1964, he made Charulata (The Lonely Wife). Based on "Nastanirh", a short story of Rabindranath Tagore, the film tells the story of a lonely wife, Charu, in 19th-century Bengal, and her growing feelings for her brother-in-law Amal. Critics have referred to this as Ray's Mozartian masterpiece. He said the film contained the fewest flaws among his work, and it was his only work which, given a chance, he would make exactly the same way.

A scene from the movie Charulata (DNA)

In 1967, Ray wrote a script for a film titled The Alien. The story formed the premise for Steven Spielberg's movie E.T. in 1982. The story was based on Satyajit Ray's short story "Bankubabur Bandhu" ("Banku Babu's Friend"), which he wrote in 1962 for Sandesh, the Ray family magazine. The movie was to be produced out of a US-India co-production as Columbia Pictures was interested in making the film. Owing to issues with the producers, Satyajit planned to walk out of it. However when he saw E.T., Ray confirmed that Steven Spielberg's movie "would not have been possible without my script of 'The Alien' being available throughout America in mimeographed copies." Spielberg denied any plagiarism by saying, "I was a kid in high school when this script was circulating in Hollywood."

At Santiniketan, Ray came to appreciate Oriental art. He learnt from the famous painters of that time. His visits to Ajanta, Ellora and Elephanta stimulated his admiration for Indian art, later getting translated to his form of cinema.

Ray's first film, Pather Panchali (English: Song of the Little Road) was made in 1955. The film won eleven international prizes, including the inaugural Best Human Document award at the 1956 Cannes Film Festival.

The film was based on Bibhutibhushan Bandyopadhyay's 1929 Bengali novel of the same name and is a language-drama film. It was the first film in the Apu trilogy, with the storyline depicting childhood of the protagonist Apu and his elder sister Durga dealing with the harsh village life of their poor family.

Ray received many major awards in his career, including 32 Indian National Film Awards, a Golden Lion, a Golden Bear, 2 Silver Bears, a number of additional awards at international film festivals and award ceremonies.

In 1992, The Academy of Motion Picture Arts and Sciences awarded him an Honorary Academy Award. Ray is the first and the only Indian, yet, to receive the honor. Twenty-four days before his death, Ray accepted the award in a gravely ill condition, calling it the "Best achievement of his movie-making career.

The Government of India honored him with the Bharat Ratna, its highest civilian award, in 1992.

Satyajit Ray can easily be called one of India’s greatest filmmakers of all times.

Born on May 2, 1921, the Bengali filmmaker is credited with having changed the character of Indian cinema. He was born in the city of Calcutta into a Bengali family prominent in the world of arts and literature.

Satyajit Ray in his childhood. (Source: Wikimedia Commons) (Others)