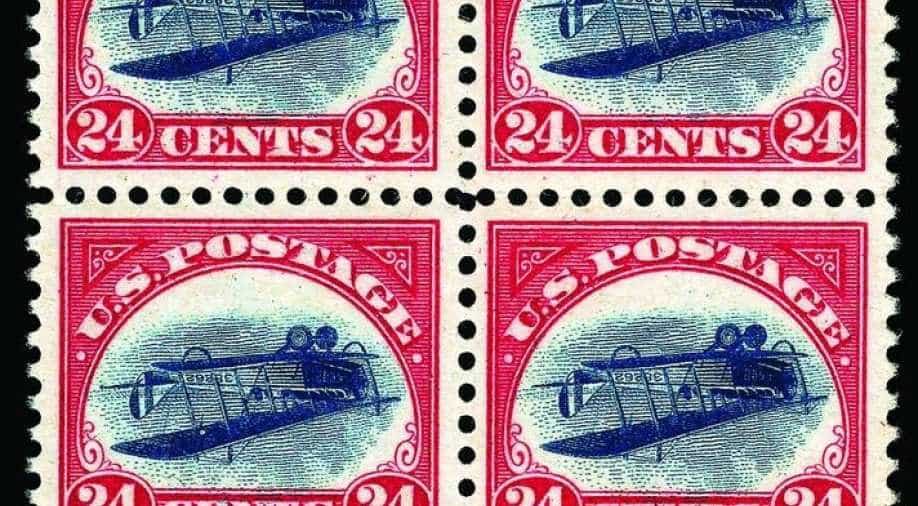 A rare US postage stamp known as the "Inverted Jenny" was formally handed over on Thursday to the Pennsylvania research library that owns it six decades after it was stolen from a display case and feared lost forever.

The valuable 1918 stamp is one of a series featuring a Curtiss JN-4 biplane, nicknamed "Jenny," that were mistakenly printed upside down. The image has made the stamp one of the most recognised among stamp enthusiasts and non-collectors alike.

Officials of the American Philatelic Research Library accepted the stamp from federal law enforcement officials during a ceremony at the World Stamp Show in New York.

"This is a great day for stamp collecting," said Don Sundman, a dealer who helped expedite the stamp's handover to its rightful owner.

The famous stamp was one of four Jennys stolen in 1955 when New York arts patron Ethel McCoy put them on display at a show in Virginia. After her death, she had bequeathed their ownership to the Bellefonte, Pennsylvania research library.

Two of the other stolen Jennys were recovered in the 1970s and 1980s and returned.

Thursday's ceremony comes two days after another Inverted Jenny sold for about $1.18 million auction. But the recently recovered stamp, with a face value of 24 cents, could be worth a mere $200,000 because of its inferior condition, the library said. It was No. 76 on a sheet of the only 100 Jennys ever printed.

The stamp surfaced on April 1 in a consignment put up for sale at the auction firm Spink, the library said. It was then placed under the jurisdiction of the Federal Bureau of Investigation.

Kevin O'Neill, the man who consigned the stamp, had inherited it in his native Ireland as part of his grandfather's collection. He received $50,000 in reward money.

Library officials and other authorities said they would keep searching for the fourth stamp, which is still missing.

"We are three quarters of the way to recovery," said library president Roger Brody, who said he previously thought the chances of this Inverted Jenny's return were "slim to none."

The library, which specializes in postage-related literature, will likely display the recovered stamp at the World Stamp Show, held at New York's Javits Center through Saturday.

Alfred Orcutt, 72, a retired New York school principal and a lifelong collector, said he was grateful to catch a glimpse of the stamp before it goes back home.

"It's one of the highlights of the history of stamp collecting," Orcutt said.