Johnny Depp loosens up with belly dancers amid divorce drama, he probably needed it 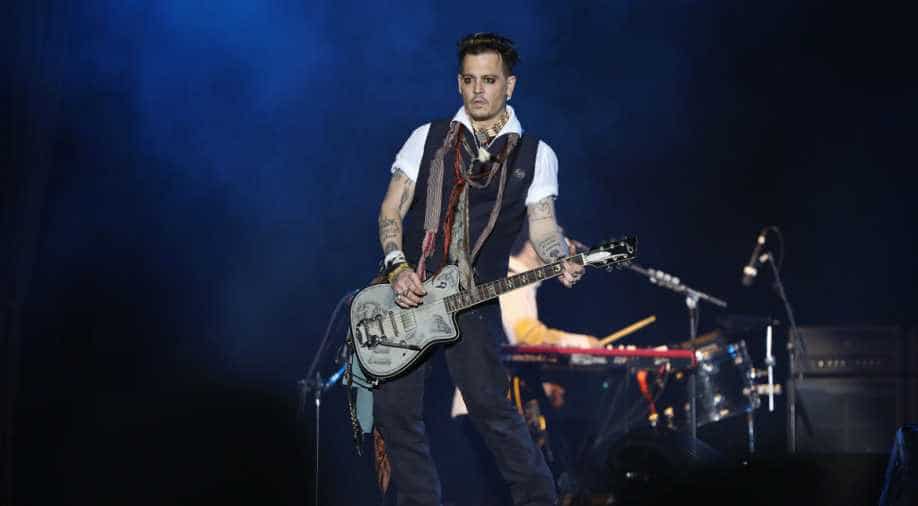 "If Johnny was under any stress, he didn't show it," a source was quoted as saying. In photo: Depp of Hollywood Vampires performs on May 29, 2016. Photograph:( Getty )

Follow Us
Hollywood star Johnny Depp was spotted having fun and getting serenaded by belly dancers at a private party in Romania.

The 53-year-old actor, who is in the midst of divorce battle with estranged wife Amber Heard, was seen relaxing with the members of his rock band The Hollywood Vampires, reported Mirror.

The group were having an after-party following a gig on their European tour in Bucharest.

"If Johnny was under any stress, he didn't show it. He was quite relaxed, sipping beers and chatting with his friends. He even talked about Amber a little - but he clearly feels that he is the innocent party in all of this. Johnny told the restaurant owner he's always had a weakness for being too trusting, and said that was what had caused his problems," a source said.

The actor looked like he was not worried about the allegations made by Heard, 30.

A superior court hearing into Heard's allegations that the star beat her was postponed less than 24 hours before it was due on last on Friday. The decision came after a telephone discussion between the judge and lawyers of the former couple.
(PTI)