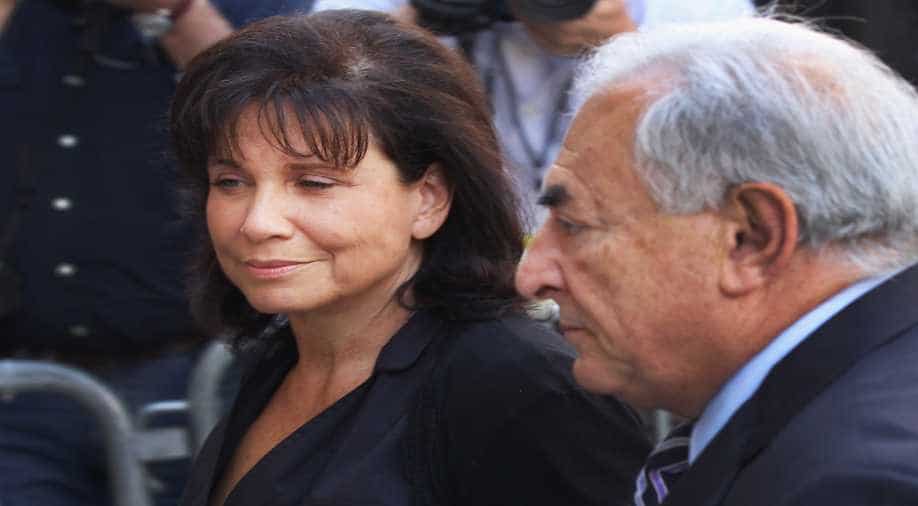 Anne Sinclair was an France Star interviewer in the 1980s and 1990s. But her gilded life was upended five years ago when her husband, Dominique Strauss-Kahn, was arrested in New York on charges, since dropped, of sexual harassment of a hotel maid Photograph:( Getty )

Delving into the history of a family art business she once shunned, French celebrity journalist Anne Sinclair is returning to public life by reconnecting with her roots.

She was France's star television interviewer in the 1980s and 1990s. But her gilded life was upended five years ago when her husband, Dominique Strauss-Kahn, was arrested in New York on charges, since dropped, of sexual harassment of a hotel maid.

While U.S. prosecutors investigated the case that forced the Socialist politician to resign as managing director of the International Monetary Fund and abandon plans to run for president in France, Sinclair stood by her man in public - before divorcing him after their return to Paris.

She used some of their "sad, enforced stay" in New York to research a book on her grandfather, Paul Rosenberg, one of Europe's greatest 20th century art merchants, who was the exclusive dealer of Picasso, Braque and Matisse.

"When I was growing up, my family told me a lot about him but I wanted to be on my own and make my career outside of the art family," Sinclair, 67, now editorial director of the French edition of the Huffington Post online newspaper, told Reuters in an interview.

More than 60 masterpieces that went through Rosenberg's galleries in Paris and New York - some looted by the Nazis and recovered after World War Two - will go on display for the first time together in the Belgian city of Liege in September.

The exhibition of works from public and private collections, including a couple of Sinclair's personal heirlooms, will tell the story of "21 rue La Boetie", the address of Rosenberg's pre-war Paris gallery. It was raided by the Nazis in 1940 and handed to their French collaborators, who turned it into an anti-Semitic propaganda centre.

The Pompidou Centre and the Picasso Museum in Paris, the Museum of Modern Art in New York and Vienna's Albertinum, all former customers of Rosenberg, who died in 1959, and of his son Alexandre, who ran the gallery after his death until 1987, are lending works for the show.

Sinclair said her grandfather took big commercial risks to promote the work of his proteges Picasso, Braque, Matisse and Leger before their avant garde styles were widely acclaimed. He sold works by Impressionist masters to pay for their canvases, but only sold his first Picasso as late as 1925.

"He had to sell a lot of other paintings to buy the modern art he believed in," Sinclair said. Rosenberg built friendships with his artists, documented in many letters preserved in family archives. Picasso became a neighbour and close friend.

When the Jewish merchant and his family fled Paris in 1940, during the phoney war before Germany invaded France, Matisse visited him in a rented house near Bordeaux for long conversations about beauty, nature and art as the drums of war beat ever closer.

After the family emigrated to the United States a few weeks later, French informers helped the German embassy locate and remove paintings Rosenberg had hidden at the house and in a bank vault in the nearby town of Libourne.

Sinclair said Rosenberg, a private man who eschewed the social life of his wealthy clients and had left-wing political sympathies, was painfully aware that he was a merchant with an eye for art, but not a creator himself.

Nowadays, Rosenberg might be categorised as belonging to the "caviar left", Sinclair said, citing a label often applied by critics to herself and Strauss-Kahn because of their lifestyle.

"That's typically French... If you are rich, you have to be on the right," she said. "I was accused a lot of being from the 'caviar left' because I'm a bourgeoise. I earned my living by my work with comfort, and it's always an accusation."
(Reuters)