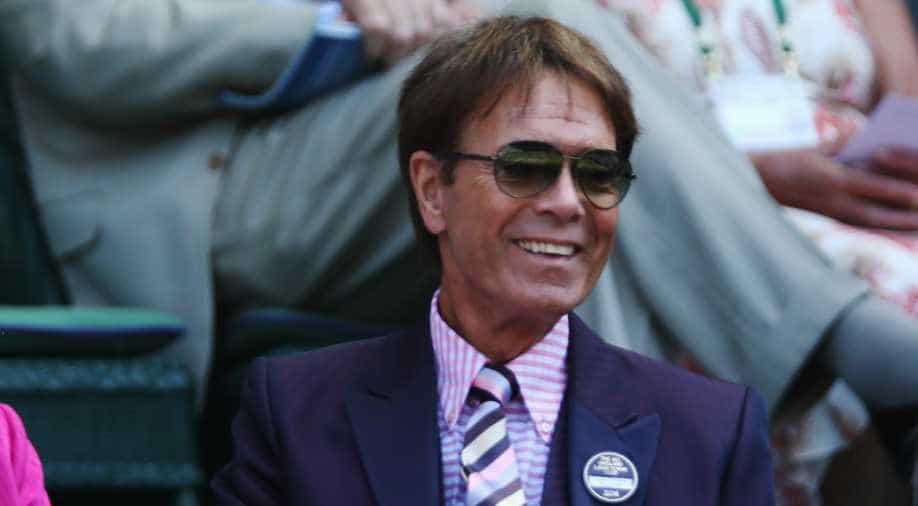 There was a "widely-shared sense of injustice resulting from the high-profile fumbling of my case from day one and I was 'hung like a bait'," Richard said. Photograph:( AFP )

Richard, 75, who was Britain`s first home-grown pop star and considered the UK`s answer to Elvis Presley, slammed the lengthy and very public probe, saying he had been "hung out like live bait".

The police attracted widespread criticism, including from lawmakers, over their handling of the case after striking a deal with the British Broadcasting Channel (BBC) to broadcast live their raid on Richard`s home.

The Crown Prosecution Service (CPS) announced today that Richard would face no further action after reviewing the police case due to insufficient evidence.

"The CPS has carefully reviewed evidence relating to claims of non-recent sexual offences dating between 1958 and 1983 made by four men," said Martin Goldman, chief crown prosecutor for Yorkshire and Humberside in northern England.

"We have decided that there is insufficient evidence to prosecute."

Richard, who burst on the pop scene in the late 1950s, is the third biggest-selling artist in British singles chart history behind The Beatles and Elvis Presley.

His hits include "The Young Ones", "Living Doll", "Summer Holiday", "Congratulations", "Mistletoe And Wine" and "The Millennium Prayer".In a statement today Richard said he was "thrilled that the vile accusations and the resulting investigation have finally been brought to a close".

"I have always maintained my innocence, co-operated fully with the investigation, and cannot understand why it has taken so long," said the singer, who in 1995 became the first British rock star to be knighted.

Richard said there was a "widely-shared sense of injustice resulting from the high-profile fumbling of my case from day one".

"I was named before I was even interviewed and for me that was like being hung out like live bait.

"No innocent person should be treated in this way."

After the BBC got wind of the investigation, south Yorkshire police cut a deal in a bid to prevent them breaking the story.

The BBC was tipped off about the raid on Richard`s home and was outside in advance to film detectives sweeping in, and broadcast the search live from a helicopter.

"The force apologises wholeheartedly for the additional anxiety caused by our initial handling of the media interest in this case," South Yorkshire Police said today.

The force has been under fire, accused of corruption and incompetence over its reaction to the 1989 Hillsborough stadium disaster and the Rotherham child sex abuse scandal.

There has been a wave of accusations of historical sex abuse against prominent figures in Britain since 2012, when the late BBC presenter Jimmy Savile was revealed to be a serial paedophile.
(AFP)