Art, furniture, and more from the Reagans' home to be auctioned 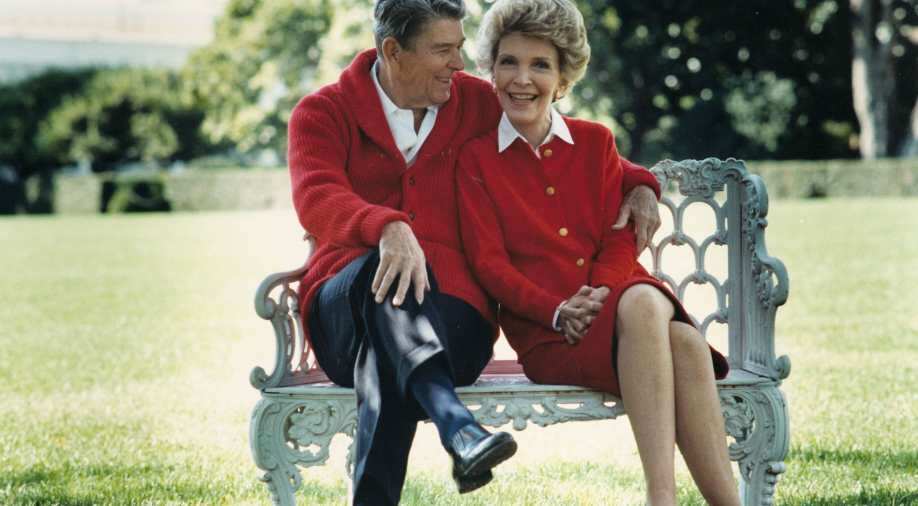 Follow Us
Furniture, artwork, jewelry and collectible objects that once graced the Los Angeles home of President Ronald Reagan and his wife, Nancy, are headed for the auction block, Christie's said on Thursday.

The landmark sale, a series of live and online auctions scheduled for September, also encompasses decorative pieces of art, books, ephemera, sculpture, drawings and prints from the Reagans' home in the affluent Bel Air neighborhood of Los Angeles.

Christie's said it expects the sale of some 700 lots to take in more than $2 million. But estimates are based on the items' market value, and the possessions of celebrated figures offered at auction typically have soared to many times their estimates.

Proceeds will benefit the Ronald Reagan Presidential Foundation and Institute, in line with the Reagans' wishes.

Reagan, a former Hollywood actor and California governor, was elected the 40th US President in 1980. He died in 2004. Nancy Reagan died earlier this year at age 94.

The couple presided over a glamorous White House, where bold-faced names from the Reagans' years before the cameras as actors injected a glitzy element into Washington's traditionally staid social scene.

Details on the auction items will be announced in coming weeks. Christie's said the collection includes American, English and Chinese furnishings, many evoking the "Hollywood Regency" style, and many personal objects.

The auction house said the collection was noteworthy for reflecting the simple and elegant private life the Reagans enjoyed together in Bel Air, where they often entertained.

Nancy Reagan, whose family and estate trustees are holding the sale, once reflected, "So much of your life is on display that to be alone and relaxed was a luxury we looked forward to."

The sale's proceeds "will ensure that the foundation, and the presidential library it supports, will be equipped to pursue its mission," John Heubusch, the foundation's executive director, said in a statement.