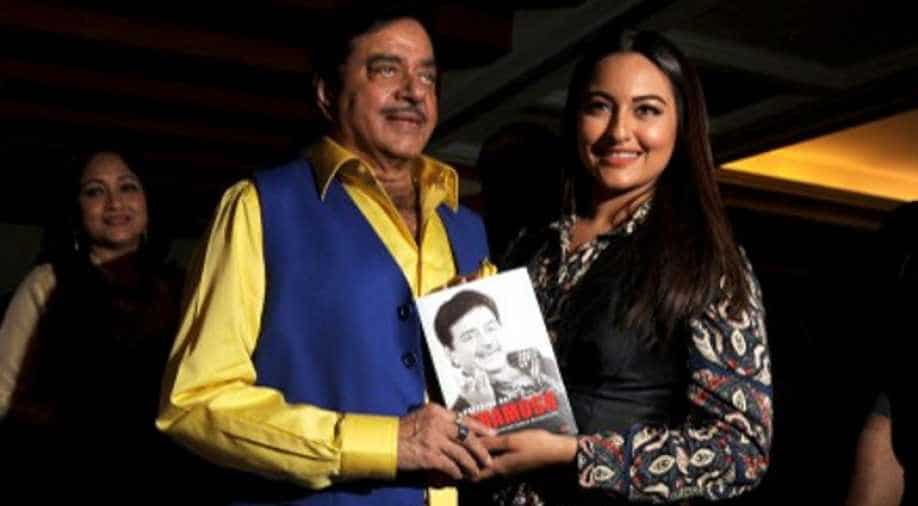 The actor had started his journey by playing a Pakistani military officer in Dev Anand's "Prem Pujari" and subsequently a police inspector in Mohan Sehgal's "Sajan" in 1969. Photograph:( AFP )

Veteran Bollywood actor Shatrughan Sinha, who had acted in Goutam Ghosh's Bengali film "Antarjali Jatra" in 1987, says one of his biggest career regrets is that he could not work in a Satyajit Ray film.

"Few people know that I was supposed to do a film with Manikda (Satyajit Ray), but that did not happen. Soumitra Chatterjee would have been the other actor in that film," Sinha said at the 4th Kolkata Literature Festival, which is a part of the ongoing 41st International Kolkata Book Fair.

Motivating youngsters to never forsake their individuality and originality, Sinha said, "Though I had been copied more in regional films, his style and manners, I have never ever copied anyone."

"In this competitive world prove yourself to be better than the best and that was the spirit of my biography 'Anything But Khamosh'."

"From Patna to Pune, from Bihar to 'Jai Maharashtra' I had become from zero to hero. From small roles to villains to major villain roles, from parallel (film) hero to blockbuster hero I have turned impossible into possible," Sinha said.

The actor had started his journey by playing a Pakistani military officer in Dev Anand's "Prem Pujari" and subsequently a police inspector in Mohan Sehgal's "Sajan" in 1969.

After playing supporting roles in many films he appeared in Gulzar's "Mere Apne" in 1971.

And there was no looking back with a string of blockbusters in 1980s including Amitabh Bachchan-starrer Naseeb (1981).