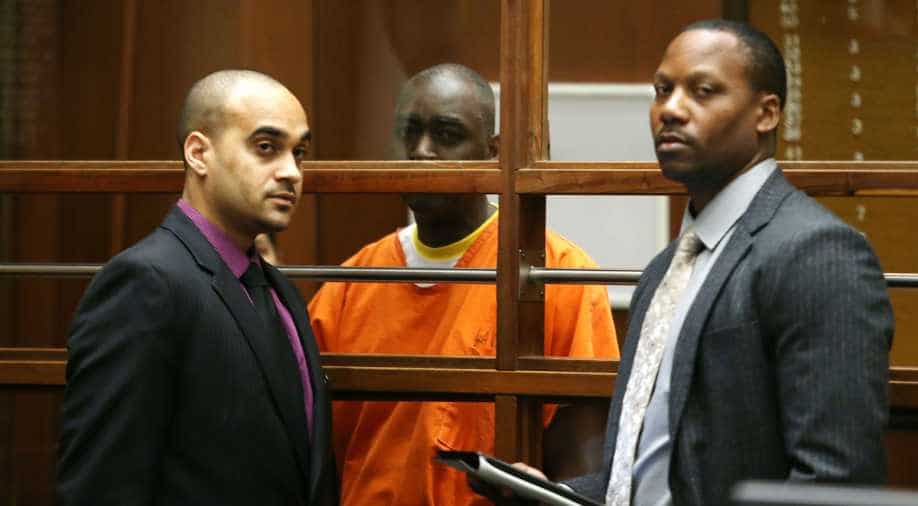 Follow Us
Actor Michael Jace, best known for his role as a policeman on the TV drama "The Shield," was convicted by a jury on Tuesday of second-degree murder for fatally shooting his wife in 2014 in front of the couple's two children at their Los Angeles home.

The actor was upset that his wife, April Jace, wanted a divorce when he shot her once in the back and twice more in the legs on May 19, 2014, the Los Angeles County District Attorney`s Office said in a statement.

Jace`s attorneys acknowledged in court that he shot his wife.

"Our entire goal was to show this was not a case of premeditation, and we achieved that goal," Jace`s attorney, Jamon Hicks, said in an email. "This was a very smart and intelligent jury who deliberated and considered the evidence. They were not just moved by emotion but by the evidence."

The jury of six women and six men began deliberations late on Friday and resumed on Tuesday morning, spending two hours considering the case before reaching the verdict, prosecutors said.

The jury found Jace used a handgun in the crime, a special circumstance that increases his minimum prison time by 25 years beyond the minimum term for second-degree murder, Risling said.

Jace is best known for portraying police officer Julien Lowe, a religious Christian conflicted about his homosexuality, on the FX cable drama "The Shield" that ran from 2002 to 2008.

Aside from "The Shield," Jace had small parts in the films "Forrest Gump," "Boogie Nights" and "Planet of the Apes" as well as various supporting roles on television in the past two decades. He filed for Chapter 13 bankruptcy protection in 2011.