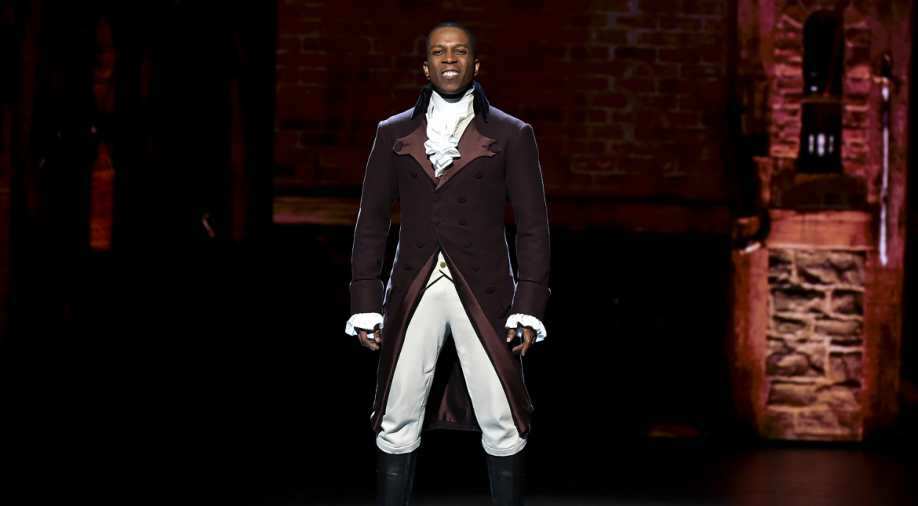 Odom, 34, said on his Facebook page he would make his last performance in the show on July 9, the same day the show's co-star and creator, Lin-Manuel Miranda, bows out. In photo: Leslie Odom performs on June 12, 2016. Photograph:( Getty )

Follow Us
Leslie Odom Jr, winner of the 2016 Tony Award for best leading actor in a musical for his role in the smash Broadway hit Hamilton, became on Sunday the latest member of the cast to announce his departure.

Odom, 34, said on his Facebook page he would make his last performance in the show on July 9, the same day the show's co-star and creator, Lin-Manuel Miranda, bows out.

Odom plays Aaron Burr in the musical, which blends hip-hop and other musical genres to tell the story of Alexander Hamilton, one of the US Founding Fathers and the first Treasury secretary. The show won 11 of Broadway’s top honors at the Tony Awards on June 12.

“It has just been the most completely wonderful, totally healing and inspiring experience from beginning to end,” Odom said in a video statement from his dressing room, posted on Facebook. “I will never forget the people I have met. I will never forget you.”

Odom said rehearsals were the most exciting part of his work on Hamilton because the show held such great potential.

“I am excited to have a blank page now,” Odom said. He said he was looking for something fresh to work on.

In addition to Miranda, who plays the title character in the musical, Phillipa Soo, who plays Eliza Hamilton, is also leaving.
(Reuters)