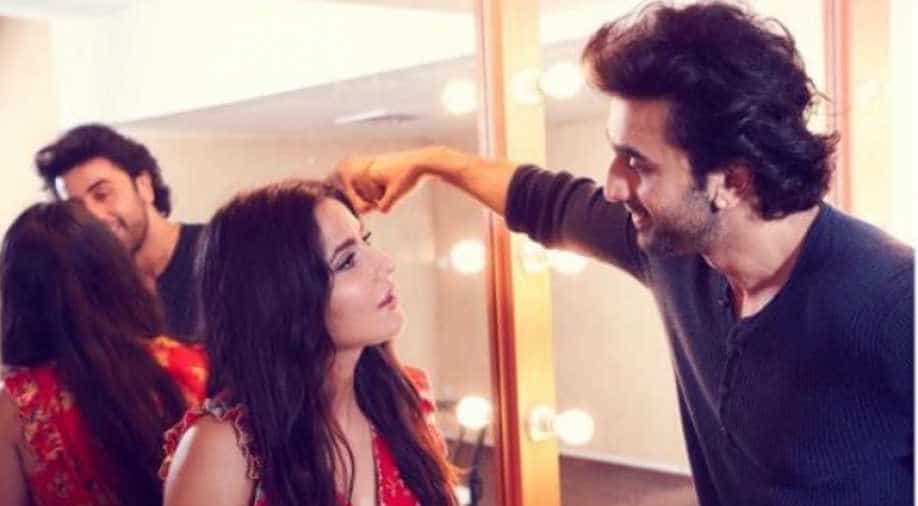 Katrina clears rumours of misunderstanding between Ranbir and her during an interview. Photograph:( ANI )

Bollywood actors Ranbir Kapoor and Katrina Kaif have been under the radar ever since they started the promotions of their upcoming film, "Jagga Jasoos". From accusations on Ranbir for mansplaining Katrina to them being best friends after their break-up, they've had it all.

But Katrina Kaif finally cleared all doubts by posting a sweet picture and a video of herself with her co-actor on Instagram assuring that all was well between them.

The picture sure does remind one of the time when these two were dating. As this is the first time after their break up that the actors are sharing a stage, the expectations of fans are on a different level.

#JaggaAndJughead . In poignant conversation .... genius is sure to follow . ???

In an interview, the actress said that people have been misunderstanding their banter and that it's all in fun. She added that they were having "a little joking competition" of their own but people took it in the wrong way. "In some places I've been reading, people are taking it in a wrong way, this joking competition between us. As long as we are enjoying it (it's fine) but I think some people are misunderstanding it," Katrina told reporters.

During a trailer launch, Kat cleared the air by saying, “What you get to see when we come in front of the media is the equation which we’ve had in our work-space from the beginning. We pull each other’s leg, it is all fun and masti. This is not negative, it’s not bitter, we are not pulling each other down. This is our way of having fun. If I say in an interview, how obnoxious he is, and who would want to work with him, it’s a joke. Ranbir and I have always had this tu-tu main-main relationship at work — it keeps up the energy, the fun,” reports DNA.

Accusations on Ranbir for mansplaining Katrina during interviews (ANI)