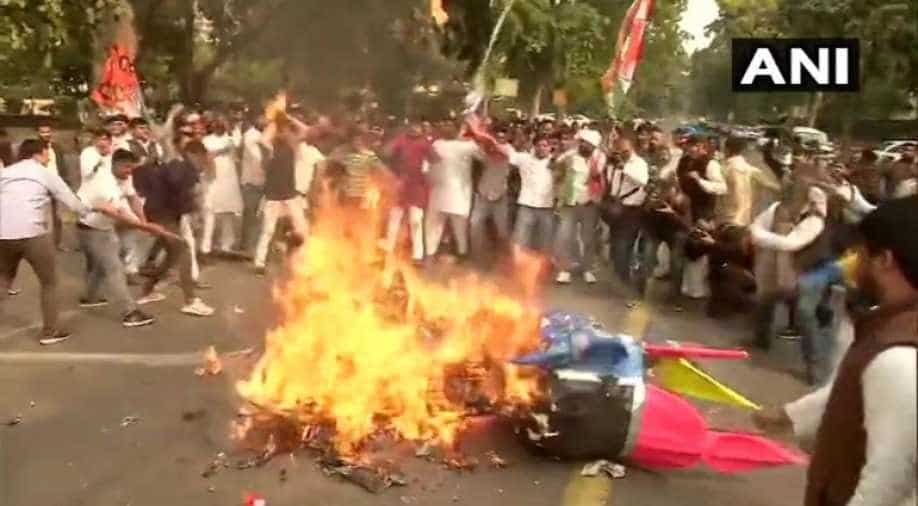 Leaders of Youth Congress protesting against formation of govt in Maharashtra Photograph:( ANI )

The party workers raised slogans against BJP leaders and the government and also burnt effigies.

The party workers raised slogans against BJP leaders and the government and also burnt effigies. At a time when deliberations among Congress, NCP and Shiv Sena on the formation of a non-BJP government in Maharashtra had seemingly reached a final stage, the BJP formed the government in a surprise development on Saturday morning when Fadnavis took oath for the second time as Chief Minister, while Ajit Pawar was sworn-in as the Deputy Chief Minister of the state.