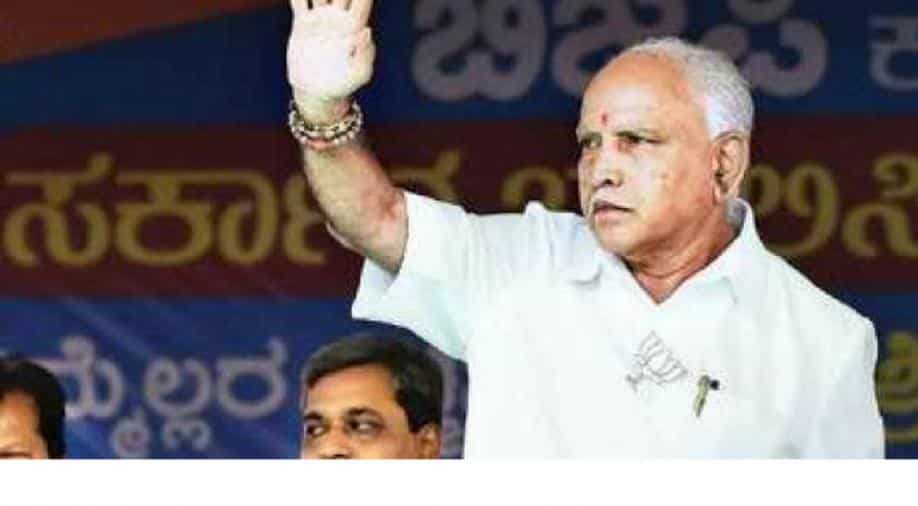 He said the Bharatiya Janata Party (BJP) candidates for the November 3 assembly and parliamentary by-polls in the state will be finalised at the party's core committee meeting on Wednesday.

Karnataka BJP president B S Yeddyurappa Monday rubbished reports that Prime Minister Narendra Modi will be contesting the 2019 Lok Sabha elections from the state, terming it "far from the truth".

He said the Bharatiya Janata Party (BJP) candidates for the November 3 assembly and parliamentary by-polls in the state will be finalised at the party's core committee meeting on Wednesday.

"All this is far from the truth, unnecessarily such news is being spread. There is no substance in it," the former chief minister told reporters in response to a question about Modi contesting from Karnataka.

There were reports in certain sections of the local media that with an aim to increase BJP's influence in the South, Modi was likely to contest from one of the southern states, most probably from Karnataka along with Varanasi, the seat that he currently represents.

BJP is presently not in power in any of the south Indian states.

Karnataka is the only state where the party has considerable presence and has had its government in the past.

Yeddyurappa, who has been meeting several party leaders regarding finalising candidates for the Lok Sabha and assembly by-election, ssaid it would be finalised by Wednesday.

Discussions have taken place about candidates for almost all constituencies that would go for the by-polls, the BJP leader said, adding, "We will hold further discussions today and tomorrow before finalising the names".

The Election Commission on Saturday had announced the bye-elections in three Lok Sabha constituencies (Shivamogga, Ballari and Mandya) and two assembly constituencies (Ramanagara and Jamkhandi). The elections will be held on November 3 and counting of votes will take place on November 6.

The by-elections had been necessitated after BJPs B S Yeddyurappa (Shivamogga) and B Sriramalu (Ballari), and C S Puttaraju of JD(S) (Mandya) resigned as MPs on their election to the assembly in May last.

Kumaraswamy gave up the seat and retained Channapatna, the other segment won by him in the assembly elections.